Turkey season is upon us! One thing more turkey hunters are doing is filming their own turkey hunts. It seems there are two types of filmed turkey hunts. Amazing films that capture everything turkey hunting is about and films that show a gobble or two, some blurry footage of a turkey, and a loud boom. Dr. Grant Woods of GrowingDeer films countless turkey hunts every year. Woods loves turkey hunting and he enjoys capturing the hunt on film. Below are a few of his tips to ensure you end up with a film all your friends will want to watch. Most turkey hunters run and gun at some point during their season. Unlike deer hunting where most hunters are stationary and can take their time setting up their camera, turkey hunting requires hunters to be on the move which often makes filming more difficult. “Often turkey hunters are forced to set up in a hurry so little details like making sure the camera is completely concealed gets missed. A turkey will spook the moment they see a big black camera or a bright shiny camera lens. We try to hide the cameraman near a big tree or bush. Then we cover the camera with a cloth so the birds can’t see the camera or the lens. Carrying all this around when we are hunting can be difficult, but it is worth the effort because we spook fewer birds and get better footage,” Woods explained. A DECOY IS A MUST HAVE TOOL

Turkey hunters often debate whether they should use decoys when turkey hunting because decoys can sometimes spook birds. According to Woods, decoys are often required when filming a hunt. “A decoy takes the birds’ attention off where the calling is coming from and then they focus on the decoy. We put the decoy about twenty yards from our set up and even closer if we are bow hunting. With a decoy close, we can get good footage of a tom when he comes into the decoy,” Woods added.

HUNTING FROM A BLIND

When Woods and his team notice a tom and his ladies are regularly hanging out in a food plot or field, they often set up a Redneck Blind near the field edge. “The wonderful thing about hunting out of a blind is it conceals your movement and the turkeys don’t seem to get spooked by a blind. They don’t pay attention to them. In addition, all the filming from a blind is much easier than running and gunning. Every turkey hunter should have a blind, especially if a person is going to bow hunt. A blind conceals the cameraman and the hunter when they draw their bow,” Woods noted. One item that has changed the way Woods and his team films turkey hunts is the Rex Arm from Fourth Arrow Camera Arms. This camera arm can be used with almost any tripod and it allows the hunter to move the arm with the camera attached without moving the tripod when filming. “Turkeys often come strutting in and moving around. In order to keep them in the viewfinder, we have to move the tripod. The Rex arm is an efficient system, allowing the hunter to utilize 360 degree movement within a 10-inch radius of the tripod. Now we can easily move the camera and keep up with the gobbler without having to jerk the tripod around. It minimizes movement and increases the quality of our footage,” Woods added.

Filming a turkey hunt is fun and exciting. Hopefully the tips above will help you produce a better film this spring that you will be able to enjoy for years to come. Watch the GrowingDeer Team frost seed clover and prepare a great food source for not only deer but turkey too! These clover plots will soon be great strutting areas for toms and purr-fect hunting locations. Find out how we plan to hunt these plots and others with our Montana Decoys! Tyler Gentry shares how multiple years of trail camera pictures helped him tag a buck last fall. Find out how you can use trail cameras to punch a tag! When trying to pattern ol’ toms with trail cameras, checking pictures in the field can save a lot of time! Watch Grant and Clay chase turkeys through the south Florida citrus groves! It’s a learn as you go hunt, where patience and strategy pay off! Turkey hunting is exciting with the versatile turkey decoys from Montana Decoy. Grant shares the un-boxing of his new decoys along with his strategies for using them for the upcoming spring turkey season. Find out why it’s important to have forage and minerals available on your property year round. Patterning your turkey gun before season could be the difference between tagging a tom or tag soup. Are you getting ready for turkey season? Time to knock the rust off! Grab your calls and follow along with champion callers, James Harrison and Steve Morgenstern, as they take us through the locating and calling techniques you need to know.

Wow! Big surprise in one of our Duke traps! We’re hustling to take out fawn nabbers before season closes.

UPDATE: Remember the big buck Peaches? Grant suspected he died from a brain abscess. The investigation is over and the evidence shows what killed him. Learn how stressful winter can be for deer. Find out how and why we try to help deer through this time of the year.

Deer are seeking nutrients during the current stress period. Trophy Rock Four65 is a great source of the many minerals deer need. There’s more turkey hunting action in our newest video! Watch it today to see how the final hunts come together. Tip of the Week: Trophy Rock is great for does too! It’s a stressful time. Give them the mineral they need!

This Week’s Blog: Matt shares a few tips on how to keep tabs on bucks during the summer. Clips Page: Check out this clip! Throwing it back to 2013 with an awesome Kentucky gobbler hunt! Adam and Pro Staff member Seth Harker tag some great long beards right off the roost! Watch how they convince these gobblers to close the distance at daybreak.

A Kansas opening day tom gets a dose of the Long Beard XR. Watch Jerry and Aaron work together to make the hunt a success after this bird throws them a curve ball! 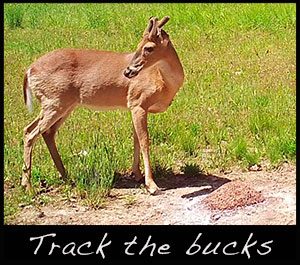 Tip of the week: It’s the perfect time to start a Trophy Rock mineral site! This will be a great spot to track antler growth during the coming months.

This week’s blog: Click to read more on food plot strategies and the long term benefits of the Broadside blend. 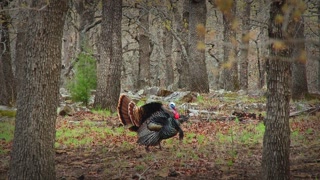 Grant and Adam set out to bag an Ozark ridge runner during opening week. Watch them reach deep into the bag of tricks to pull this one off!

Team Martin doubles again! The Arkansas opener was full of gobbles, fights, and flying lead. Watch the hunt unfold with some twists along the way. 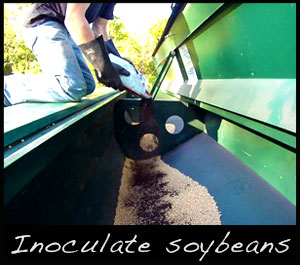 This week’s blog: Looking for some late season turkey tips? Click here for tips to hunt turkeys in full foliage. 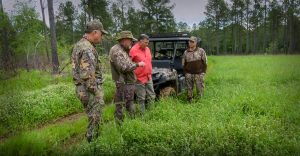 Many states will see the arrival of spring during a portion of their turkey season. Throughout the season the conditions can change drastically. You may hunt early on when no leaves are present. Then, within two weeks the trees are in full foliage. This is certain to change the hunt, but how should your tactics change? Visibility in timber will soon be limited! Don’t let that keep you from turkey hunting.

First things first, full foliage will drastically affect the way sounds carries. There are many more obstacles in the woods to deflect and absorb sound waves. When you call to a tom, the sound will not carry as far as it would have in the early season. In the same regards, his gobbles may make him sound further away than he actually is. This principle is important to keep in mind when working a bird. Be mindful of the actual distance the bird is from your location. Be natural and do not call too loudly or “sound blast” a gobbler. Calling too loudly when a bird is in close proximity can shut him down. Calling like this is a warning siren to him.

When trees are leafed out, gobblers are forced to search a little more while working through the timber. When underbrush has not leafed out and terrain allows, a longbeard can see further. This may result in birds hanging up out of range. When full foliage occurs, the gobbler is forced to investigate the scene more. His long distance views are now restricted. He is more willing to spend time searching for the hen. This means closing the distance to your setup.

Do not be discouraged by the progression of spring. Gobblers may seem more distant, but calling at the appropriate volumes will increase your success. Even with a limited view, this can work to your advantage. A lonely tom will search for that hen. Take advantage of the hens sitting on nests during the late season. Find a lonely tom, hunt hard and smart. In our newest video Grant and Adam team up to tag a late afternoon long beard in Kentucky. Then check out Lindsey Martin’s Kansas hunt. She doesn’t waste any time letting the Winchester do the talking on a strutting tom in the timber.

See how unproductive pine stands can be converted into valuable timber full of native browse. This tough task requires a one-two punch.

This Week’s Blog: Tips to help you fill turkey tags even with limited vacation days. Windy in the turkey woods? Use a loud call to carry the sound. A good box call is the solution.