We sincerely honor and appreciate the USA’s great veterans!

Grant shares an update/morning observations from the woods! He’s seen some deer and has thoughts on what this indicates about the stage of the rut and how to hunt tomorrow!

Team member Chase White was almost run over by a herd of elk while hunting in New Mexico. The Winchester 6.8 Western worked perfectly and Chase punched his first elk tag!

Grant shares an update from the stand. It’s the coldest morning of this deer season so far.  He’s near a recently burned area that will be warm and sunny later in the morning.  Food is nearby and an easy travel corridor.  Grant shares his expectations for the morning hunt and when he might choose to use grunt calling.  Watch to see the morning hunt and the bucks that came in…but just out of range.  It’s a beautiful morning in the deer woods! 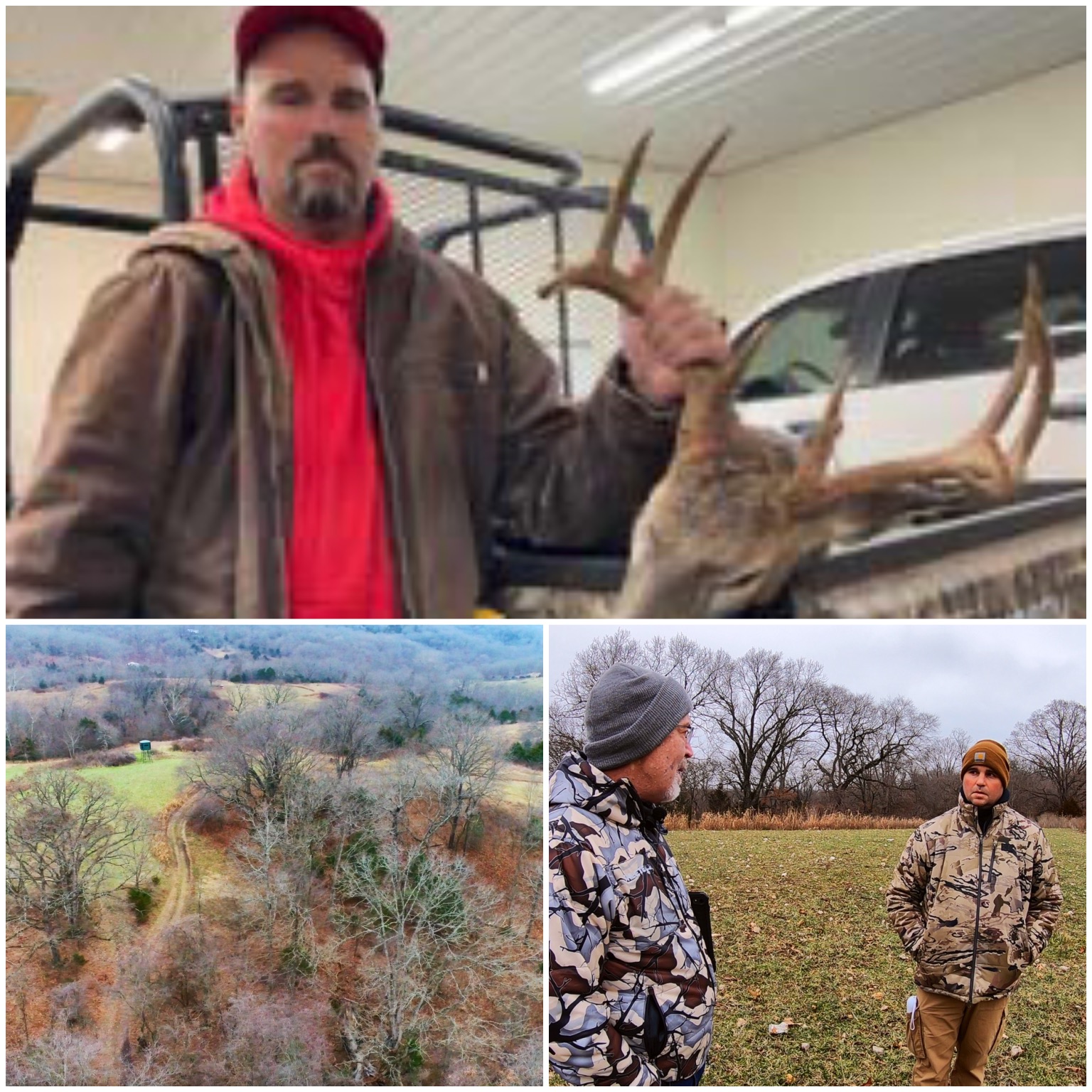 The property is already more attractive than most of the neighboring properties and he’s seeing more deer. The habitat plan we designed for him has almost endless opportunities for stand and blind placement. And that’s because there’s a huge amount of edge – food/cover/edge, food/cover/edge, food/cover/edge. So, no matter the wind direction, there’s going to be an ideal place for Chad and his family to hunt. In fact, Chad recently harvested a great buck.

Congratulations Chad on your habitat improvement project and a nice set of antlers! 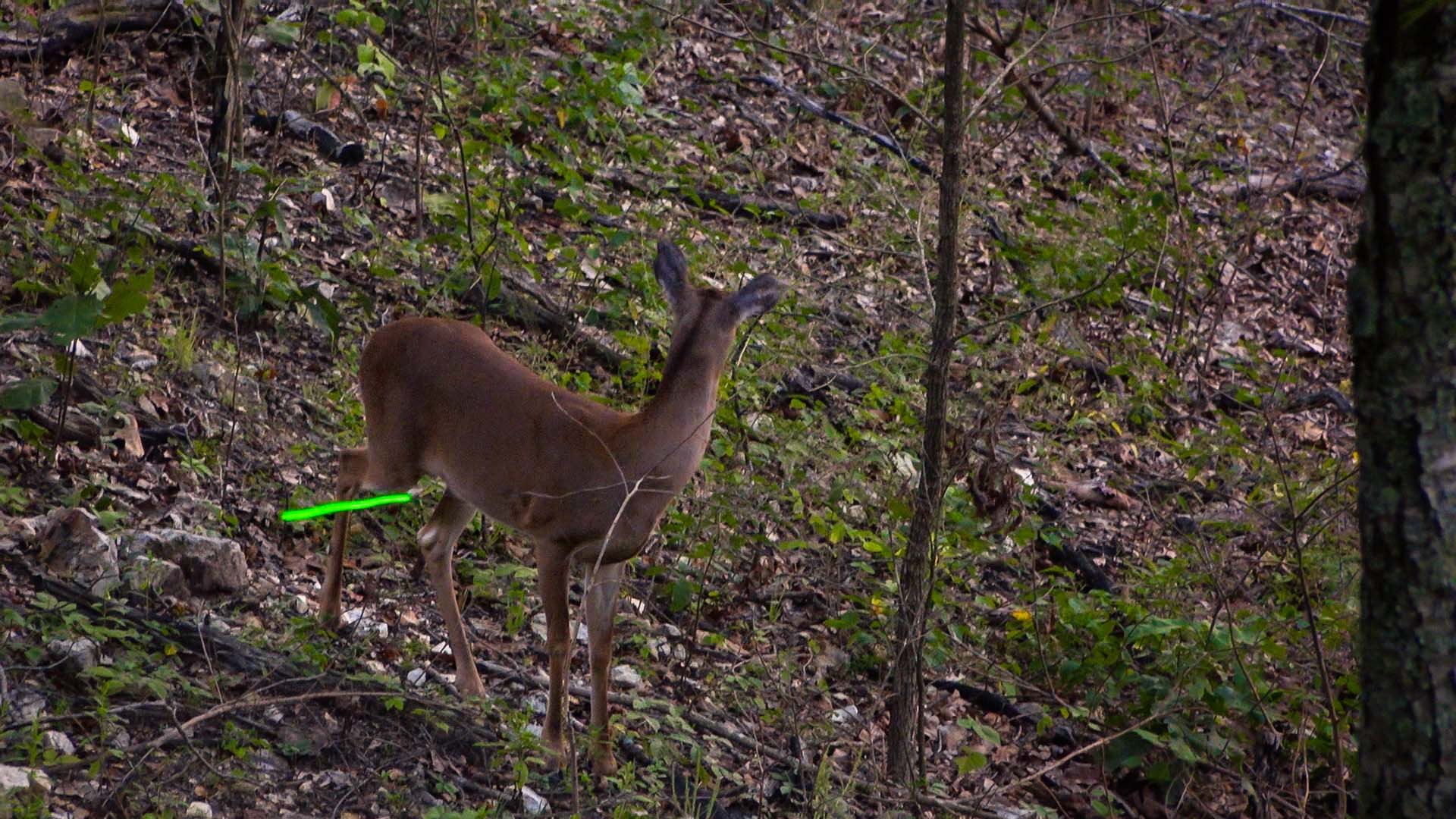 Question: What is the ideal age of does to harvest? Young or old?

Answer: Harvesting enough does to ensure the entire herd has enough groceries during the late summer and late winter is much more important than the age of does harvested. Many folks miss their doe harvest goal because they are trying to select a certain age class doe to harvest.

Older does tend to be a bit better mothers. If the habitat is improved, younger does have the benefit of being produced and nursed by a doe that was in better shape! The health of the doe can make a huge difference in the health and productivity (antlers or fawns) of the fawn throughout life.

Hence, it’s best to work to improve the habitat and harvest enough does to ensure the entire herd has ample quality groceries.

For more information on doe harvest, watch this video, DEER HUNTING: WHY AND WHEN TO HARVEST DOES.

There is more to the Green Cover Food Plot blends than attracting and feeding deer!  For example deer find sunflower foliage palatable and it’s nutritious. Sunflowers have a very large fibrous root system that adds a lot of organic matter to the soil!  It’s also excellent at extracting zinc from the soil and making it available to other plants (through a complex relationship with microbes).

Buckwheat is very palatable to deer, and it’s leaves have about 16% crude protein, and decomposes quickly – making readily available nutrients to the next crop. Buckwheat exudates (carbonic acid that “leaks” from the roots) makes phosphorus available to other plants.  Knowing that there’s almost always plenty of phosphorus available – everywhere – but that it’s not in a plant-available form, almost all the blends I design include buckwheat. 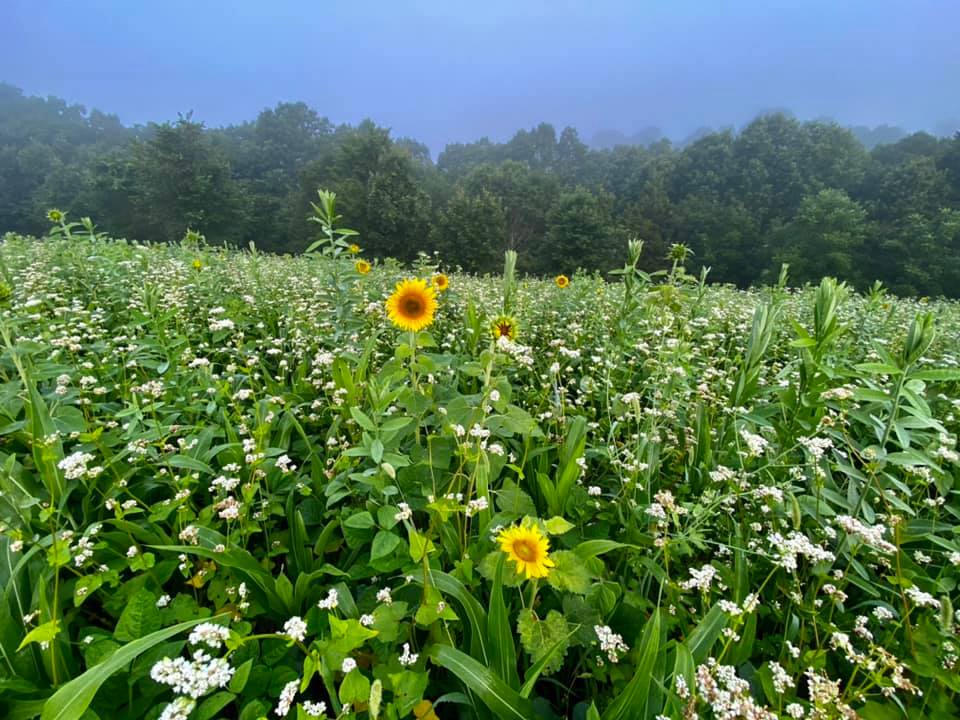 Determining the mission for the blend is extremely important. There is no magic bean or species, but rather good blends of plant species that can work together to improve the soil’s health and meet the landowner’s mission – whether that’s to attract and feed deer, cows, or humans.

This is why cover crops should be used in every ag field – in rotation with corn, soybeans, rice, etc.  This can significantly reduce the need for synthetic fertilizers, herbicides, insecticide, fungicides, etc., while making farmers more profitable and improving the air, soil and water qualities at their farm and for the planet!

I’m very excited about how the Release Process can be used to help mankind. 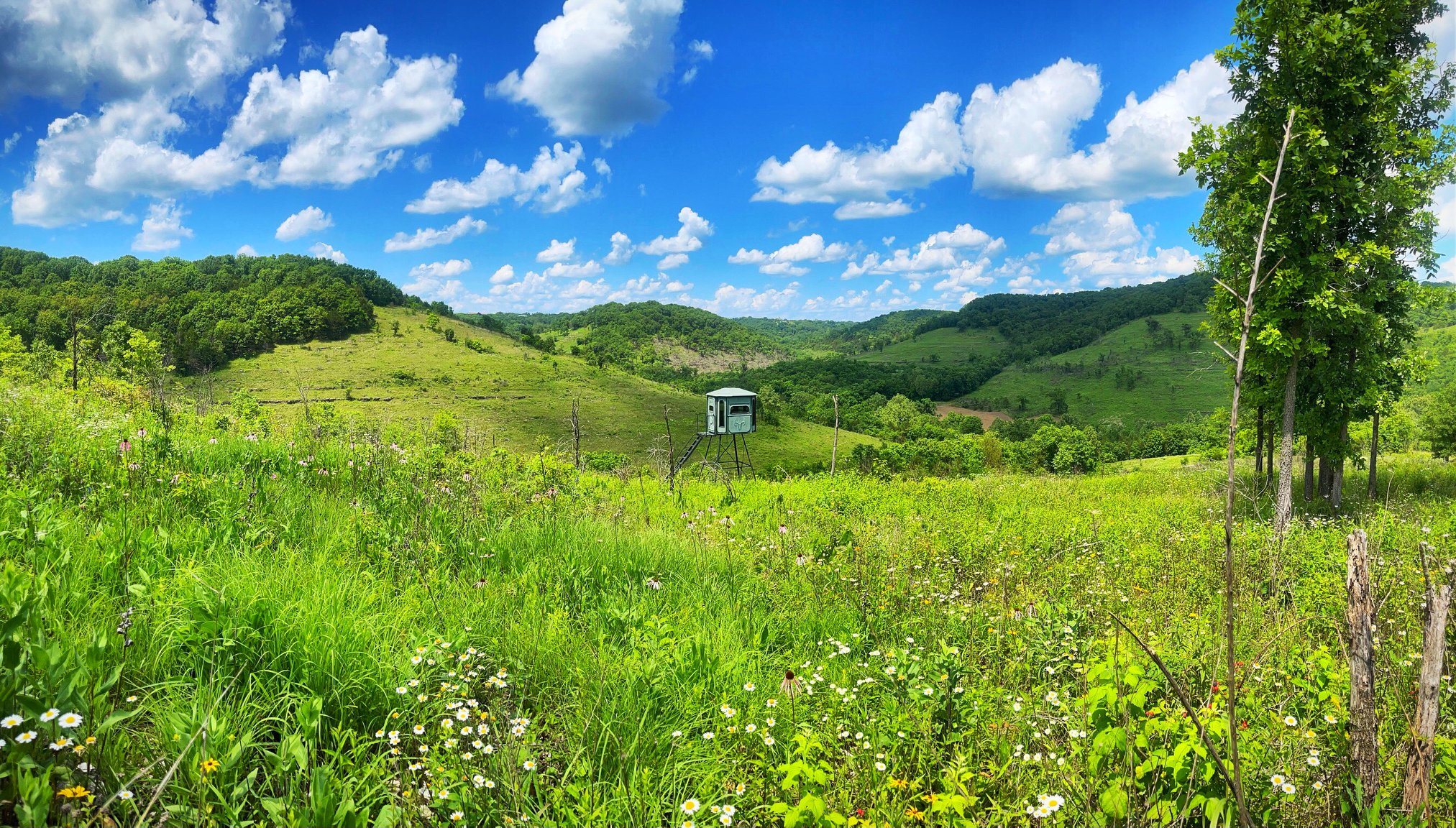