We’ve been having Field Days at The Proving Grounds for many years.  Each time we welcome the visitors as strangers then find that by the end of the weekend we’ve made new friends. Most all the folks attending the tour watch GrowingDeer and this is our chance to get to know them just a little better. We love talking to them, hearing about their goals for their hunting properties, their hunting stories, and their families.

There were so many kind, friendly folks here at the Field Event: 128 folks from Georgia to New York to Michigan to Texas.  Each and every one of them were passionate about deer hunting and deer management. Here are a few of the folks and just a little insight into why they came. 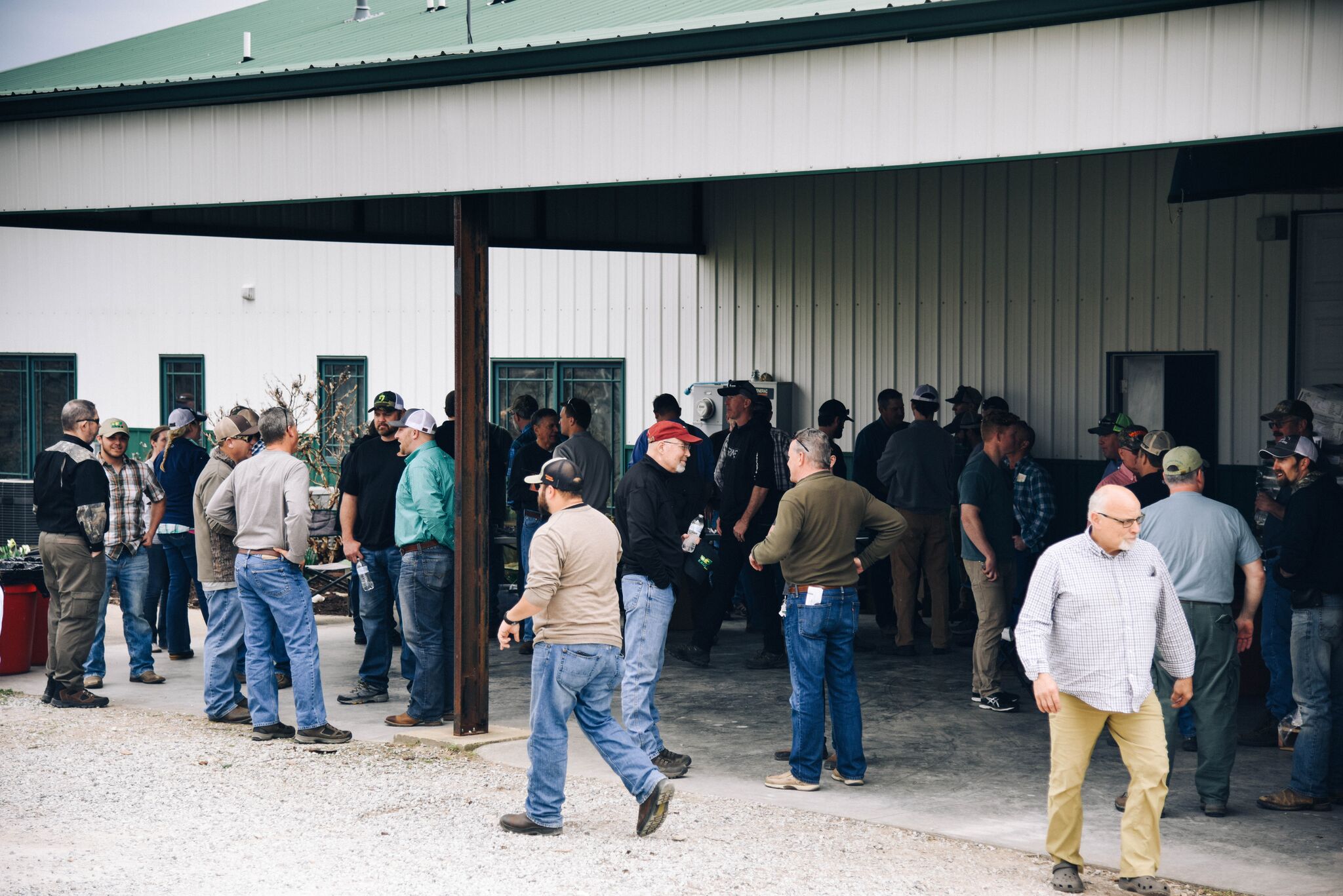 Ron came all the way from Savannah, Georgia to see first-hand how we are managing The Proving Grounds for better hunting. I talked to Ron during the social time on Friday before the bow shoot started.  He said his hunt club members were all a bit “old school”.  Ron has taken the initiative to improve the club. He was interested in learning how to better improve the food plots in the sandy soils of eastern Georgia. The presentations and field examples of cover crops, crop rotation, and the “Buffalo system” we are using gave him ideas to take back and implement on his club.

Rick and Tina, a couple with hunting land here in Missouri came to the Field Day event looking to find a balance for their property between managed food plots and native vegetation along with how to use native grasses for bedding areas. The food plot demos and presentations along with the up-close, personal looks at the areas with prescribed fire were very helpful to them.  One of the last questions by Tina was for a recommendation of the best type of boot to wear when working a prescribed fire.  They plan on cutting more cedars and implementing prescribed fire on their property!

Paul and his son from the St. Louis, MO area; they came looking for tips to improve their hunting property – specifically how to get it to hold more deer. 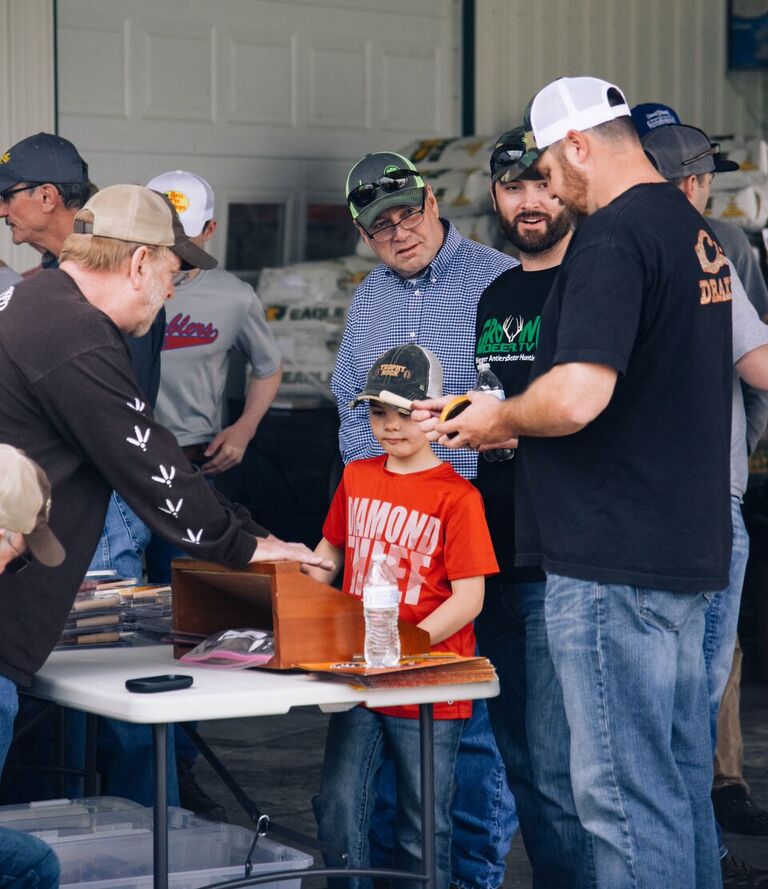 Stephen and his son Chris from Houston, Texas: Stephen has been hunting for many years.  He wanted to introduce his step-son Chris to hunting.  He started by showing Chris the video where young Rylan White was hunting.  After watching Rylan’s hunt, Chris decided that if Rylan could hunt, he could too!  Now this young boy is “ate up” with hunting and watches all the GrowingDeer videos. Stephen and the family came to Branson for the weekend so that he and Chris could meet us and learn more about hunting.  Chris had the biggest smile on his face all weekend as he listened to the field presentations and then, during the social times met Rylan White.  It looked like the two of them were having a great time as they played around the office and had Crystal exhausted from hours of chase and fetch!

In addition to the social aspect of the weekend, Grant and Daniel were able to really jump in and get specific with some of the hunters with advice on their hunting land.

We spent some time getting to know Tom.  He had retired to Florida but returned to his home state of Michigan to hunt at his club.  The club is a lease on over 2,000 acres but with a lot of members in the lease. His concern: no one was harvesting does.  He wanted to figure out a balance between deer and food.  The reality was that he needed to harvest does…more than he could do himself.  Daniel gave him advice on how to work with members of the club as well as increase the available food.

Daniel was able to spend time with Tim and Taylor from Illinois.  Daniel reviewed their maps and discussed their current strategies for hunting the land. The final analysis was that their hunting strategies were good, but given they had the largest block of timber in the area, they needed a late season food source for after the harvest of the local ag crops.  He encouraged them to use the timber more as a sanctuary and hunt the edges of the timber. 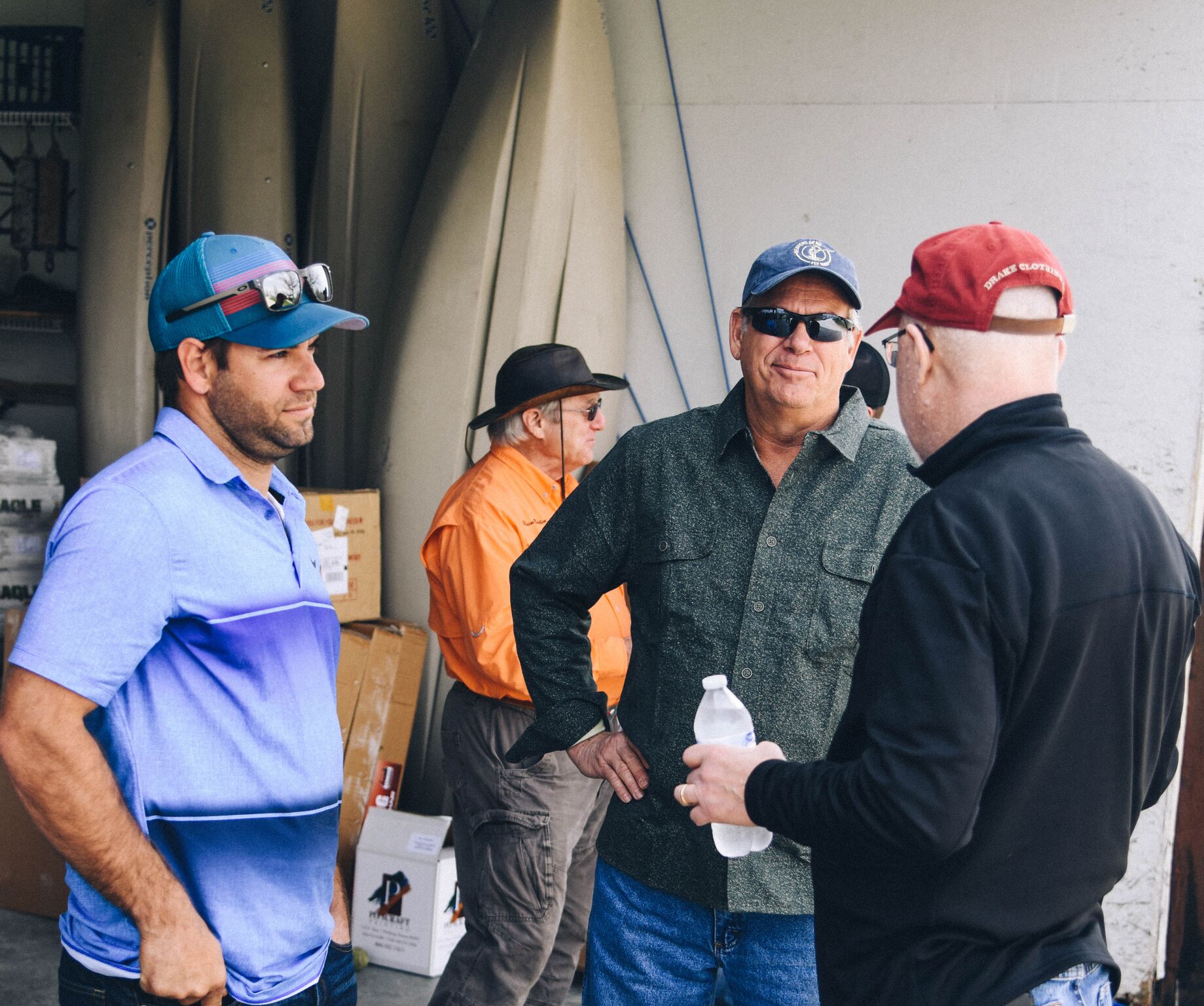 We try really hard to present information and answer the questions from the hunters at our field events. It’s intense, but rewarding for everyone.

On Monday morning, we received an email from Mr. Orf, one of our previous clients that attended the event for a first-hand look at The Proving Grounds.  Mr. Orf had this to say after experiencing the GrowingDeer field day event: “I’ve been to a lot of seminar events like this for my business and I’ve not been to many that were as packed with really good information as this Spring Field Days.”

We’ll have highlights of the field day when we release the new video next Monday morning.  Check it out and watch for tips that might help you with your deer hunting and land management objectives.  It will also include a turkey hunting demo that received a very positive response.

A big thanks to all that came to the field day event. We were blessed by each and every one of you!

Enjoying His Creation and the spring rains –