The rut is tough. It’s probably like playing professional football without pads! Certainly some players would get hurt. The same is true with deer. Some bucks get hurt (gored, kicked, etc.) during the rut. 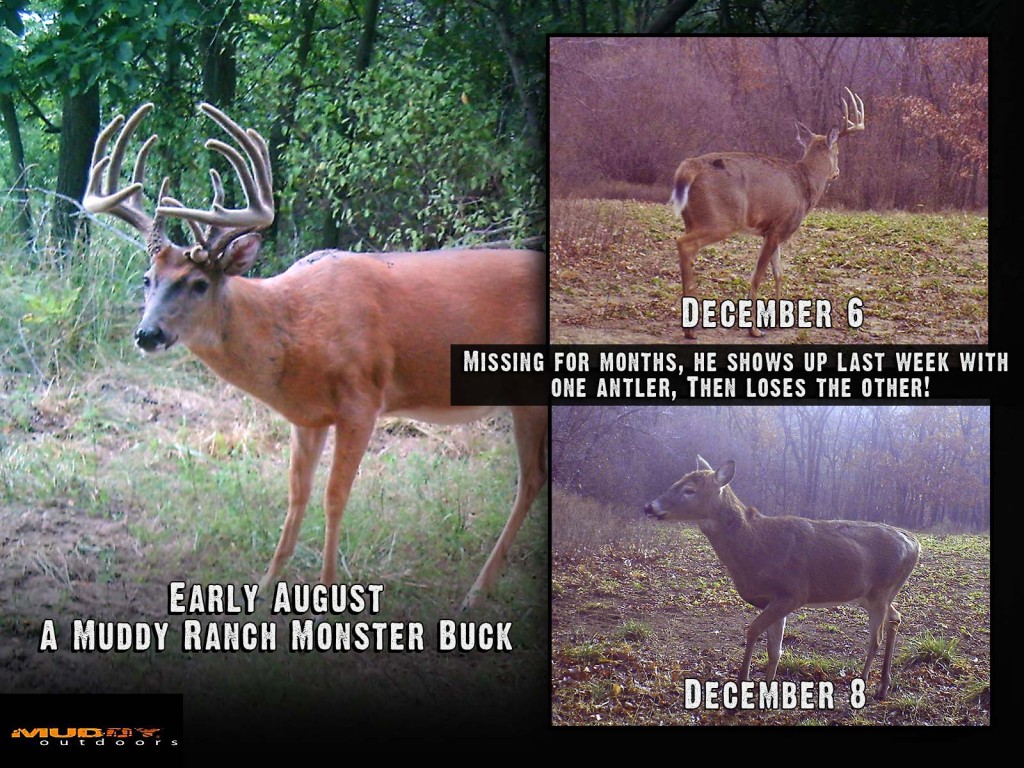 Bucks shed their antlers when certain hormones, primarily testosterone, drop below minimum levels. A buck’s testosterone level can drop earlier than normal if he is injured or sick. A few bucks are injured every year during the rut so it’s common to hear of a buck or two that someone saw or got a trail camera pic of during early December that has already shed.

This year may be a bit different. The largest outbreak of hemorrhagic disease that’s been recorded in 55 years occurred. Record droughts occurred throughout much of the whitetail’s range resulting in decreased forage quality and production. In short, many deer herds experienced a LOT of stress during 2012.

I knew all of this, but wasn’t prepared for all the reports, trail camera pics, etc., I’ve already received from folks about bucks that have already shed! The subjects of my recent blogs were about why I like and the techniques I use to tag bucks during the late season!

I’ll still hunt until the end of season (January 15th at my place in Missouri). However, the number of hit list bucks that hold their antlers till then will be slim. The good news is that I can begin shed hunting January 16th!