Ben Hampton, Prostaff on Midwest Whitetail, recently shared the pictures of this super buck with me. He found the buck’s sheds last year and they grossed 154 4/8 (172 4/8 with an 18′ spread) as a typical 6×6 and this year he grossed 174 3/8 as a 6×5, with an additional 10 non-typical points he didn’t have last year, for a total gross non-typical score of 191 6/8. Ben asked me if it was typical for a deer to make this big of jump between 5 and 6 and if the bad drought they experienced in the summer of 2010 could have suppressed last year’s rack. 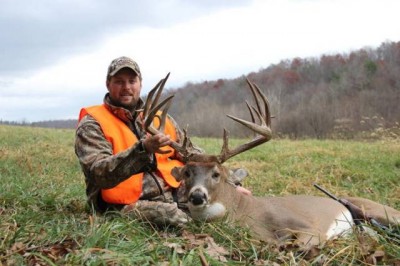 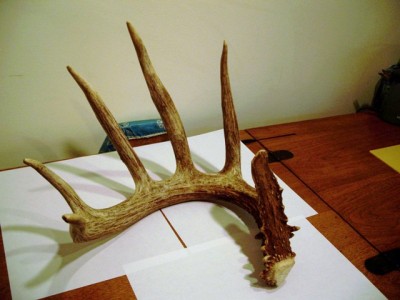 Shed from the previous year

Bucks, just like humans, are individuals. Some bucks produce larger antlers earlier than others. I was the tallest kid in 1st grade. Folks wanted me on their basketball team. By the time I was in high school, I didn’t make the team. Some bucks grow early, some mature late.

On average (averages represent populations – but almost never an individual) bucks express 94% of their antler growth potential by age 4.5. However, most wild deer don’t have access to quality forage year round. There have been bucks in research locations that barely scored 120 and then blew up to 200+ once given a better diet.

By being allowed to mature and having access to better forage created a perfect scenario for the buck Ben harvested to express his full antler potential. His timing was perfect.

So – in general, the better the year round forage, the later in life bucks will express their full antler growth potential.