When I was a young boy in the 1970s raccoon hides sold for $40+ in my neighborhood and gas was $0.70 per gallon. Now raccoons bring less than $10 in the same area and gas is over $2.00 per gallon. We all know the price of fuel, steel, etc., has increased dramatically. There is very little incentive for trappers, except for the love of the work, to remove predators. Predator species have few predators in most areas. 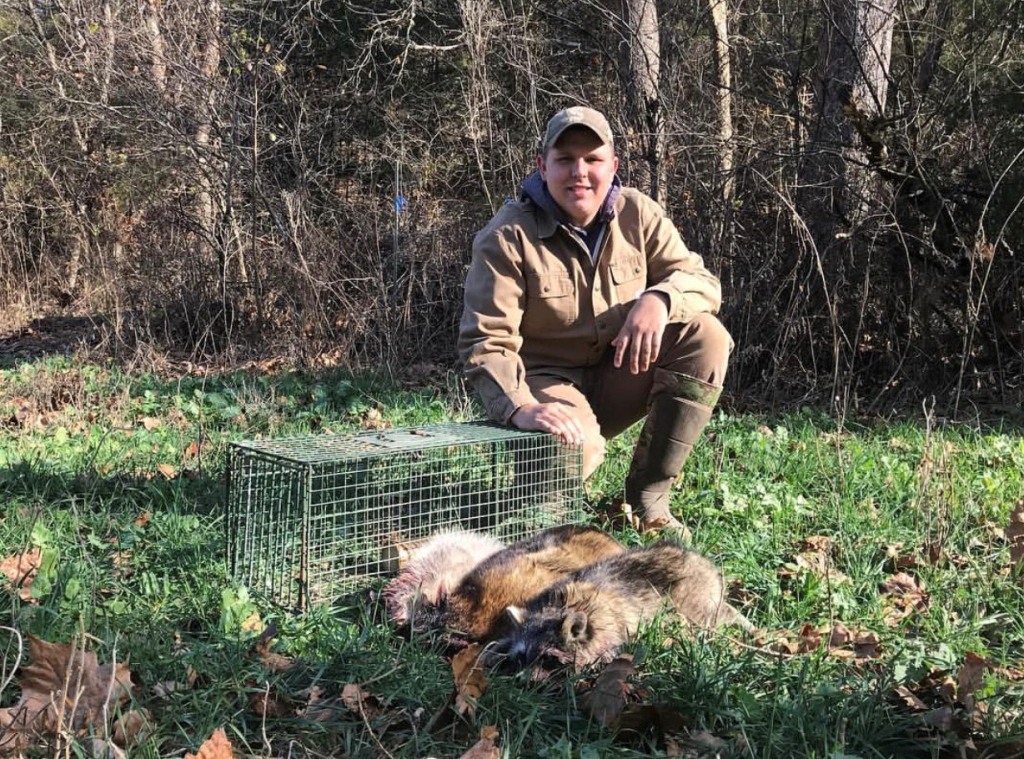 The benefits of trapping include removing predators and learning a lot about all critters.  If you can get good enough to make a predator stick its hand in a little two inch circle, you can figure out how to pattern deer.  So, trapping makes for a better deer hunter.  In addition, it makes hunting better by allowing more prey species to flourish.  It’s just a great all around scenario.

However, given that the habitat resources are becoming more and more limited, big swings in population levels don’t recover as easily. I don’t wish for predators – bobcats, opossums, fox, raccoons and coyotes – to remove most of the prey species – turkey poults and whitetail fawns – at my farm. I want there to be enough turkey and deer for me and the predators. There aren’t many predators of bobcats and coyotes where I live. There certainly aren’t many trappers in my neighborhood. My efforts to trap some predators will certainly not hurt the coyote or bobcat population in the county.

We’ve removed a lot of predators but more move in.  If you create a void, remove a bunch of predators, don’t think that you can stop and not trap the next year.  I’ve been removing about 50 predators every year: bobcats, coyotes, coons, opossums, skunks and foxes.  Our turkey population has absolutely exploded and we’re seeing some quail now.  We’ve seen a big response in our game.

Trappers are not motivated to trap for money because they’re only getting one to two dollars per coyote.  If you’re really trying to increase the number of deer or turkey on your land, hire a trapper or do what I do and learn how to trap yourself. I’ve hired professional trappers but also supplement by using box traps and the Duke dog-proof traps. Currently our intern, Tyler, is effectively removing predators. Coons and opossums are easy while coyotes and bobcats are a little tougher.  We’ll keep you updated on our progress over the coming months.