A mature buck named July was playing hide and seek with Adam. July was winning the game until they finally met in a plot of Eagle Seed beans. Watch to find out what happens!
Aaron Kicklighter’s gun opener was going badly. The wrong wind forced him to sit on the ground. Then the incredible happened. This hunt happens fast, but we got the footage!

Argh! Seth Harker could not believe what happened. He just arrowed a big buck called Subzero but he forgot to hit record on the camera. This week, Seth’s hunting during the Missouri gun opener when a big buck steps out. His Winchester barks, and this time Seth hits record!

Trapping season is here! We don’t waste any time getting our Duke traps into action. You shouldn’t either. A good trapping program removes more predators than just shooting the occasional coyote you see. Want more deer and turkey on your property?

Shooting the occasional predator will not be enough.

A good trapping program can reduce enough predators to increase the deer, turkey, and quail on your property. 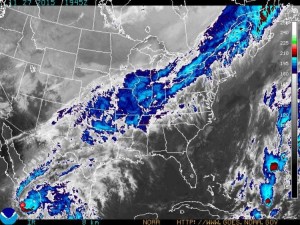 It’s just rained several inches throughout a big portion of the whitetails’ range and the temperatures dropped several degrees after the front passed. This weather created some ideal hunting conditions!  If the front just passed where you hunt get out and enjoy Creation!