It’s September 28th and Grant and I have already been lucky enough to get a great buck on the ground! Last week we took a trip to the great state of Kansas, where Grant had been drawn for the early muzzleloader permit. The conditions were very enjoyable, with temperatures generally only reaching the mid to upper 70s. Unfortunately, the night time temperatures weren’t getting much lower than 60 degrees, meaning the deer still weren’t moving a lot during daylight hours.

The first two days of our hunt were slow, with only a few encounters. The main highlight happened on the evening of day two when the landowner, Grant, and I made a quick approach to a field right before dark and found a bachelor group of bucks. One was a nice looking buck, but after some further examination he was only three and a half years old. During day three a front was coming through and was causing the winds to shift from southeast to northwest. Great news for us! But also with this cold front, the night time temperatures were predicted to drop to the upper 30s! Now we had a westerly wind and what was predicted to be the coldest night of the fall. Now we were in the game!

With the weather changing and a westerly wind, Grant and I could enter into a proven (and favorite) spot. This small field had large wheat fields to the west, a bedding area to the east, and it was surrounded with large oak trees. The large oak trees had produced acorns in the past helping Grant harvest a nice buck just two years earlier (GDTV 48). 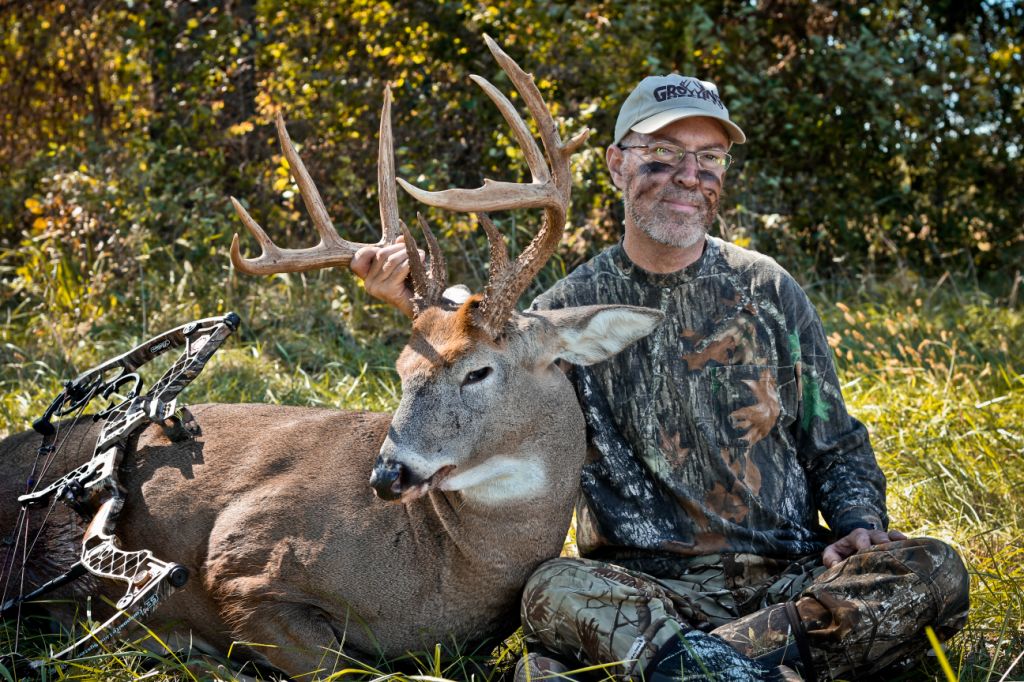 On the third night the wind was predicted from the northwest so Grant and I eased to the field edge from the southeast. While making our approach down a small road we were noticing scrapes and rubs, something we hadn’t seen much, if any, of prior to that evening. Our hopes were high and they started to get higher when Grant and I sat staring across the field listening to the constant sound of squirrels and turkeys in the woods surrounding the field. This meant one thing. We had found the main food source for the squirrels and turkeys. We just hoped it was the same for the deer, and judging by the amount of deer sign walking in it certainly was. That evening ended with only a couple doe sightings but the temperatures weren’t forecasted to drop until that night.

The next morning the temperature stepping out of the truck was 35 degrees, the coldest morning so far this season. The wind was almost non-existent, so we knew thermal winds would play the more important role. We approached from the north and set up on the northeast end of the field, letting the thermal winds pull our scent downhill and away from the field. The morning was crisp and cool but was surprisingly slow until 8 o’clock. By this time the sun was up and starting to shine on the field, causing the thermal winds to begin shifting towards the field. Not good for us. We quickly decided to ease along the edge of the field to the south side, putting the wind back in our faces. Before I completely give the story away I’ll mention the three key elements to our success and let you watch it all unfold on the next episode. 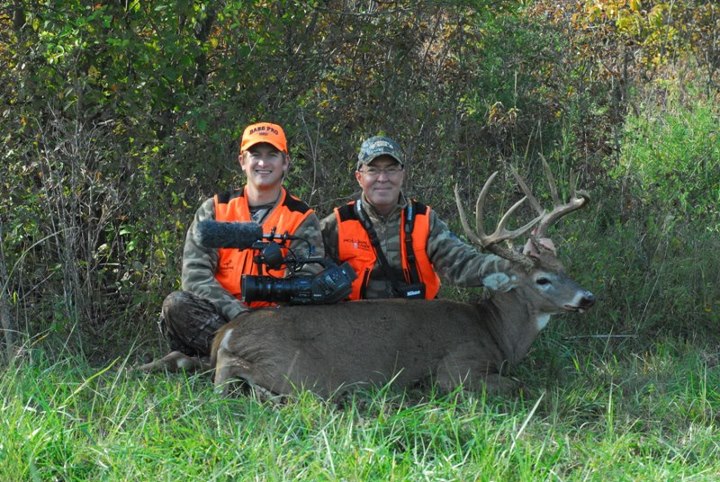 Locating small game species was essential to this hunt

Locating small game species was essential to this hunt

Not ruining the spot before the conditions are right

We didn’t hunt the field until the wind was in our favor, we could have gone in on day one of the hunt and contaminated the area with our scent, ultimately leading to no success.

Locating the food source by finding the squirrels and turkeys

When Grant and I entered on night three we could hear the turkeys and squirrels in the woods, but we never entered the woods to make sure there were acorns on the ground. We trusted our ears and left the woods untouched.

As you watch the hunt unfold, you’ll notice the deer placing their nose in the air trying to catch wind of something. That something is us, the predators! I mentioned the thermals switching on us as the morning progressed — this buck knew something was up but could never put his nose on it. Literally! If it wasn’t for a constant use of Dead Down Wind products and our ScentMaster system this hunt would have never been a success.

While sitting in your stand this week take some time and listen for turkeys and squirrels and see if you can locate their feeding area. Chances are that is where the deer are feeding also!