Placing trail cameras and attractants like Trophy Rocks and Record Rack feeds is the easy part of conducting a trail camera survey. Plus, it’s always fun to look at all the deer pictures. Looking at each picture close enough to uniquely identify each buck can be very labor intensive. We usually end up looking at the same pictures many times to confirm the buck is the same (or different) as in other pictures. 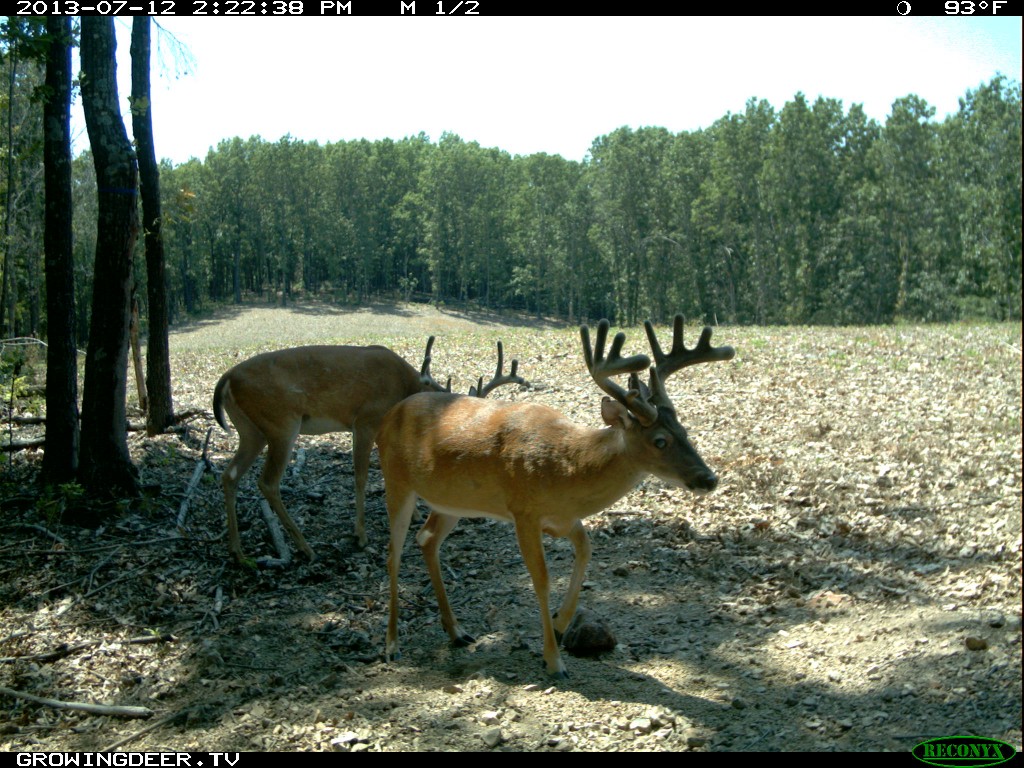 I pay very close attention to which mature bucks tend to be active more during shooting light.

With the hard work completed, there’s still lots more valuable information that can be gained from all these photos! For example, I pay very close attention to which mature bucks tend to be active more during shooting light! Those bucks will usually be much easier to tag than bucks that only show up at camera sites after dark.

I also pay close attention to how the bucks, especially mature bucks, respond to each other. I look for mature bucks that are more active during daylight than other bucks and show signs of being aggressive at the camera site. Signs of aggression may be that the buck is usually the first to show up among other bucks in the bachelor group. The aggressive bucks are often photographed chasing other bucks away from the camera site.

These aggressive bucks tend to respond much better to grunt calls, rattling, and decoys. I’ll gladly spend my time hunting for an aggressive buck versus a buck that has larger antlers, but shows sign of being totally nocturnal. Such bucks may be practically unkillable – at least that year.

Currently, I’m getting a lot of images of a buck that I believe is six years old or older (based on the Reconyx trail camera images). We call him Split Brow because two years ago he had split brow tines. We’ve only had a small handful of daytime pictures of Split Brow in several years (from 1,000’s of pictures). Currently he’s showing up in front of one of my Reconyx cameras during shooting light daily! If this pattern continues, Split Brow will be at the top of my hit list due to his age and tendency to move during shooting light.

Camera surveys are a great tool for deer managers – and very useful to learn the characteristics of individual bucks! This info has served well to make me a much better hunter!