Literally 1,000’s of bucks, does, and fawns have been found dead during the past few weeks from South Dakota to North Carolina. The likely cause of death is EHD (Epizootic Hemorrhagic Disease) or BT (Blue Tongue). 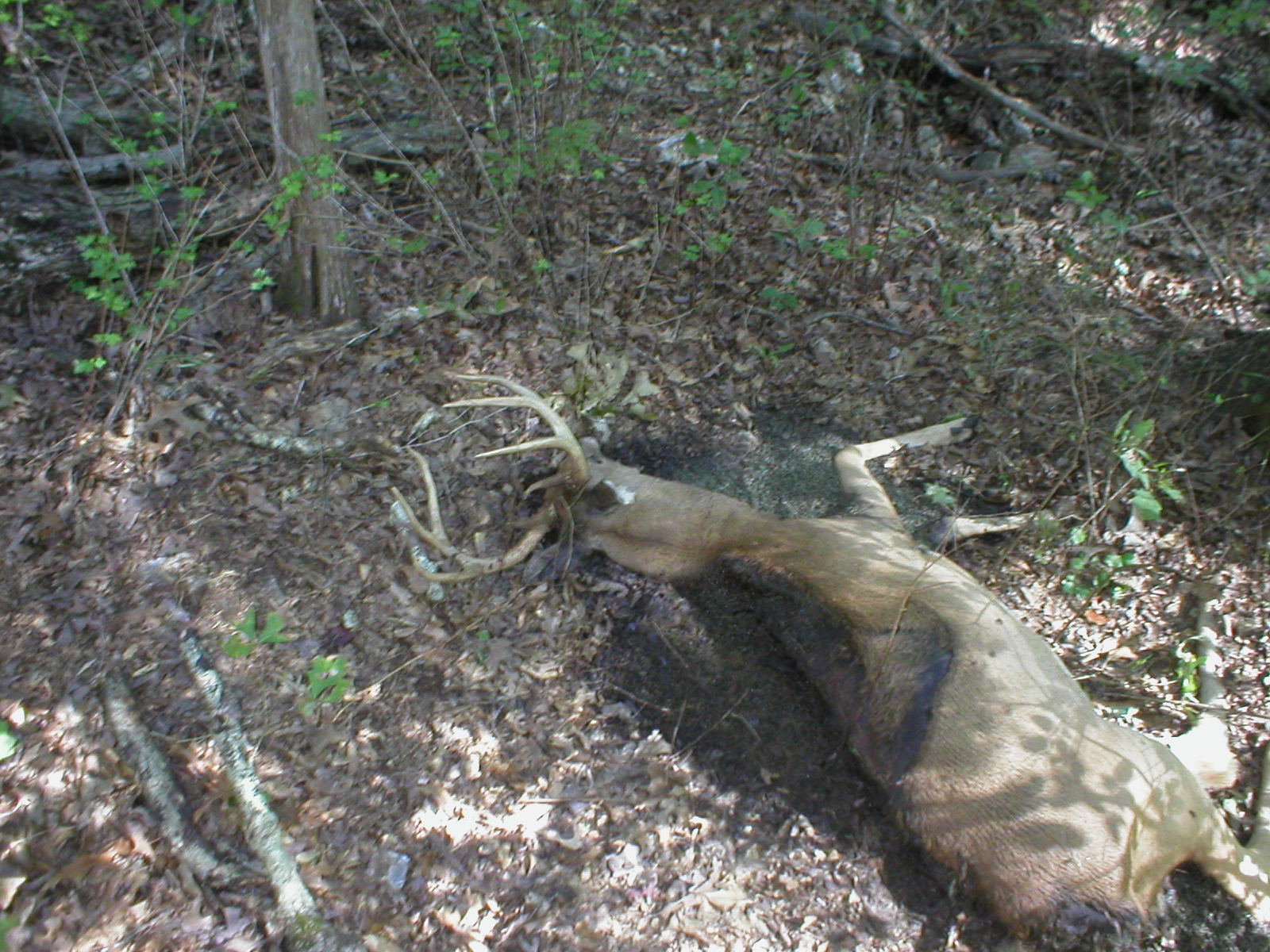 EHD likely cause of this buck’s death

For more information about these viruses read the epizootic hemorrhagic disease fact sheet.

The only known method to stop the deaths from EHD is a killing frost that will kill the flies that carry the virus from deer to deer.

I’ve received several questions asking if hunting should continue given the extent of EHD. There isn’t a black and white answer that covers all areas. In my home state of Missouri, there have been no deer found that were suspected to have died from EHD or BT in some counties. In other counties more than 100 dead deer have been found. 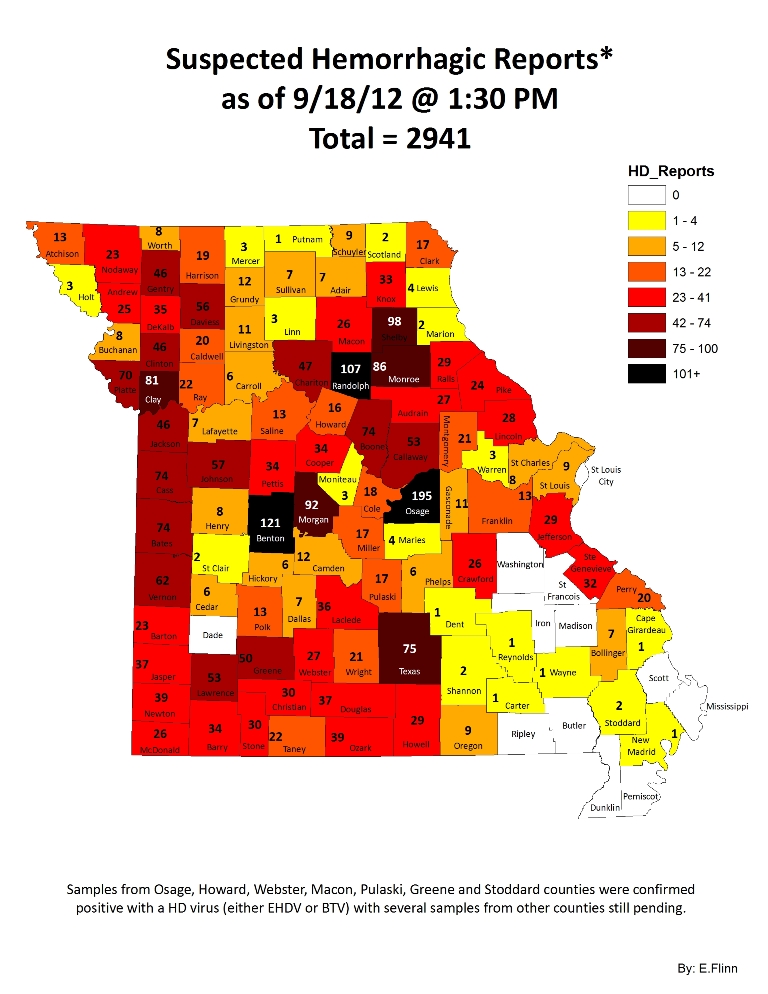 Dead deer tend to decompose or be consumed by predators/scavengers rapidly during the warm days of late summer. Hence, the number found and reported is likely a gross underestimation of the total killed by the viruses. It is doubtful state agencies will have the resources to survey deer herds in localized areas. Certainly they won’t be able to survey the herds before the 2012 season (which has already begun in some areas).

There are exceptions. South Dakota’s Game, Fish, and Parks department is offering a refund for 2012 deer licenses. They state they may make further adjustments as needed. However, this action won’t be required by most states. The impact of the virus will vary by location. This is why each hunter and/or land manager needs to assess the impact in their area and set their harvest objectives accordingly.

Whether there is a die-off or not, deer herd harvest objectives should be based on the ratio of deer to the amount of quality habitat available. If you hunt/manage deer in areas with lots of row crops, then food is rarely a limiting resource. If you hunt in areas that are primarily timber and/or pasture, then the deer population must be kept smaller so the number of deer doesn’t exceed the habitat’s ability to produce quality food.

I have a friend that owns and hunts 75 acres. He’s already found 5 dead deer (including the largest buck that he knew was using his property). Based on camera surveys and observations, probably 1/3 of the deer that used his property have already died. It is 20 days before it normally frosts where he hunts. It is very possible that another 1/3 of his herd could die before a frost kills the flies that carry the virus from deer to deer. It may be best for my friend to not harvest deer this year – depending on what happens during the next few weeks.

My friend has already taken steps towards helping his deer herd recover. Yesterday while out checking for deer sign, he shot a coyote. Predation can have a larger impact on suppressed deer herds compared to those that are near the habitat’s capacity. If you’ve never been a predator hunter, this is the year you should seriously consider becoming one.

I’ll be using my Duke Traps and Fox Pro caller this year. I expect to have a busy year as I have a lot of friends that may need a bit of help removing some stress from their surviving deer herd.