Adam and I just returned from hunting with the guys at Foxworthy Outdoors in Georgia and at the Kentucky Proving Grounds. At both places almost every doe we saw was with fawns. Does typically separate from their fawns before they become receptive to bucks. Seeing most does with fawns is a reliable sign that most does are not receptive to bucks. In addition, the only mature bucks we saw were just at dark or while going or returning hunting (before sunrise or after sunset). 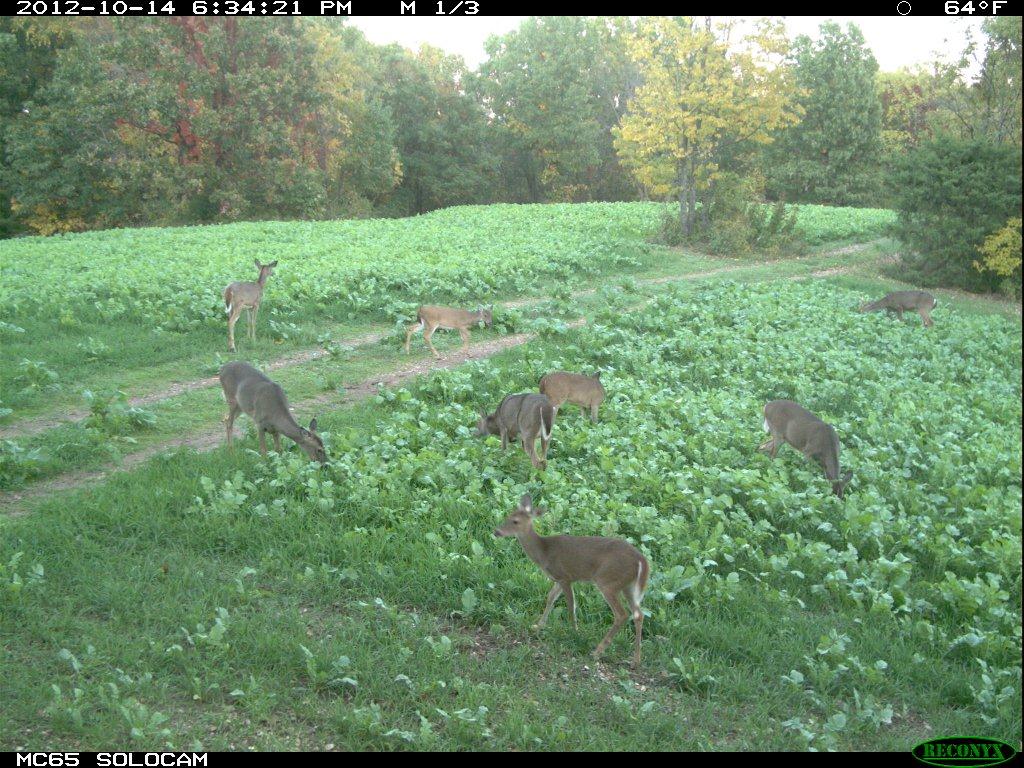 The bottom line is that we didn’t see any signs of pre-rut activities. We did see several scrapes and rubs. All deer in the herd, bucks, does, and fawns use scrapes throughout the year. They certainly use scrapes more during the early portion of the pre-rut than other times of year. Some of my buddies in northern states have seen a few bucks scent checking does. The temperatures have been cooler in the northern states and I suspect the bucks are feeling a bit more like chasing.

I predict that the next cold front will bring an explosion of pre-rut behavior! I’ll be hunting food sources or stands that are best for the early season pattern of deer moving between food and cover until the next cold front. About a day before a cold front is predicted to reach my place, I’ll start selecting stands in travel corridors, etc. Once the bucks start seeking does, travel corridors that have a history of being used during the rut will likely offer a better chance of being used during daylight by mature bucks than those areas used by deer during the late summer for food or cover.

I live and hunt mainly in southern Missouri. If you hunt in the deep southern states it will likely be awhile before you need to switch hunting strategies. If you hunt north of Missouri, I suspect deer are already displaying pre-rut behavior.