This year has been the best for hunting the pre rut that we’ve seen in several years! Hunters in a wide range of states (Kansas, Arkansas, Kentucky, Iowa, Nebraska, Missouri, and more) have shared how they are seeing more deer than previous during the pre rut.

This most likely will change in a matter of days. Bucks don’t need to move much during the peak of the rut. This is when the highest percentage of does are receptive and bucks don’t have to travel far to pair up with a doe. Once with a receptive doe bucks often tend her for 24-36 hours. Often, neither the buck nor doe will travel far during this time. 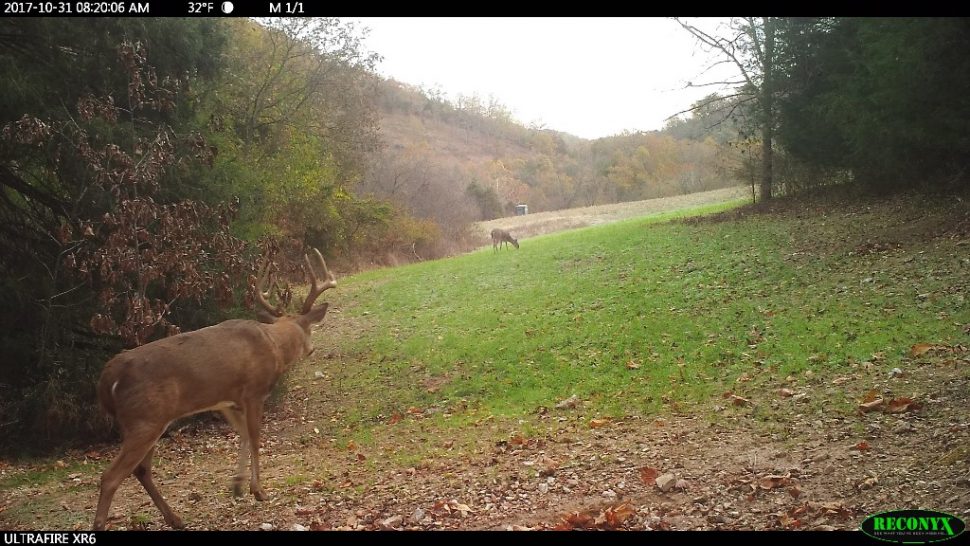 Southpaw, a 6 year old buck, is on our hit list.

During the chase phase of the rut bucks aren’t following a food/cover pattern. They are moving throughout their home range in areas they believe they have the best chance of finding a receptive doe.

Hunting stands that were placed overlooking scrapes will not be my first choice at this time. Why? Because bucks or does rarely use scrapes during the peak of the rut.

Bucks and does tend to abandon most scrapes during the chase phase of the rut. It seems bucks don’t wish to spend energy checking and/or maintaining scrapes when checking the wind often yields much better results of finding a receptive doe.

During the rut bucks will focus primarily on checking scrapes that are in a travel path between areas they will be seeking does. If I find scrapes that are maintained during the chase phase of the rut that can be a key stand location!

It is important to think about how bucks will be traveling during the rut.  Research has shown that bucks will be up and on their feet, moving up to 4X more than the “normal” distance. This is the time to hunt bottlenecks, pinch points and travel corridors.

As always, there’s usually more deer activity just before and after a strong cold front so I’m always watching the weather forecast!