A while back someone asked me a question about how hogs affect deer and predator movement on their hunting property.  As wild hogs become more prevalent around the United States, we will all have to consider this in our hunting strategies. This hunter had 600 acres in Georgia and wondered if pigs cause deer to move from the food plots, maybe not frequenting as much or  if this make it more likely to have more coyotes on the property? He was thinking about setting up some corn feeders in August prior to the season.  Here are the thoughts I shared with him regarding wild hogs:

Deer often avoid hogs – especially large sounders of hogs.  Many states will help folk trap hogs in an effort to reduce their population and the amount of damage they do.  Baiting with corn will attract hogs and if there are lots of hogs in the area, no matter how many you kill, more hogs will come to the corn. 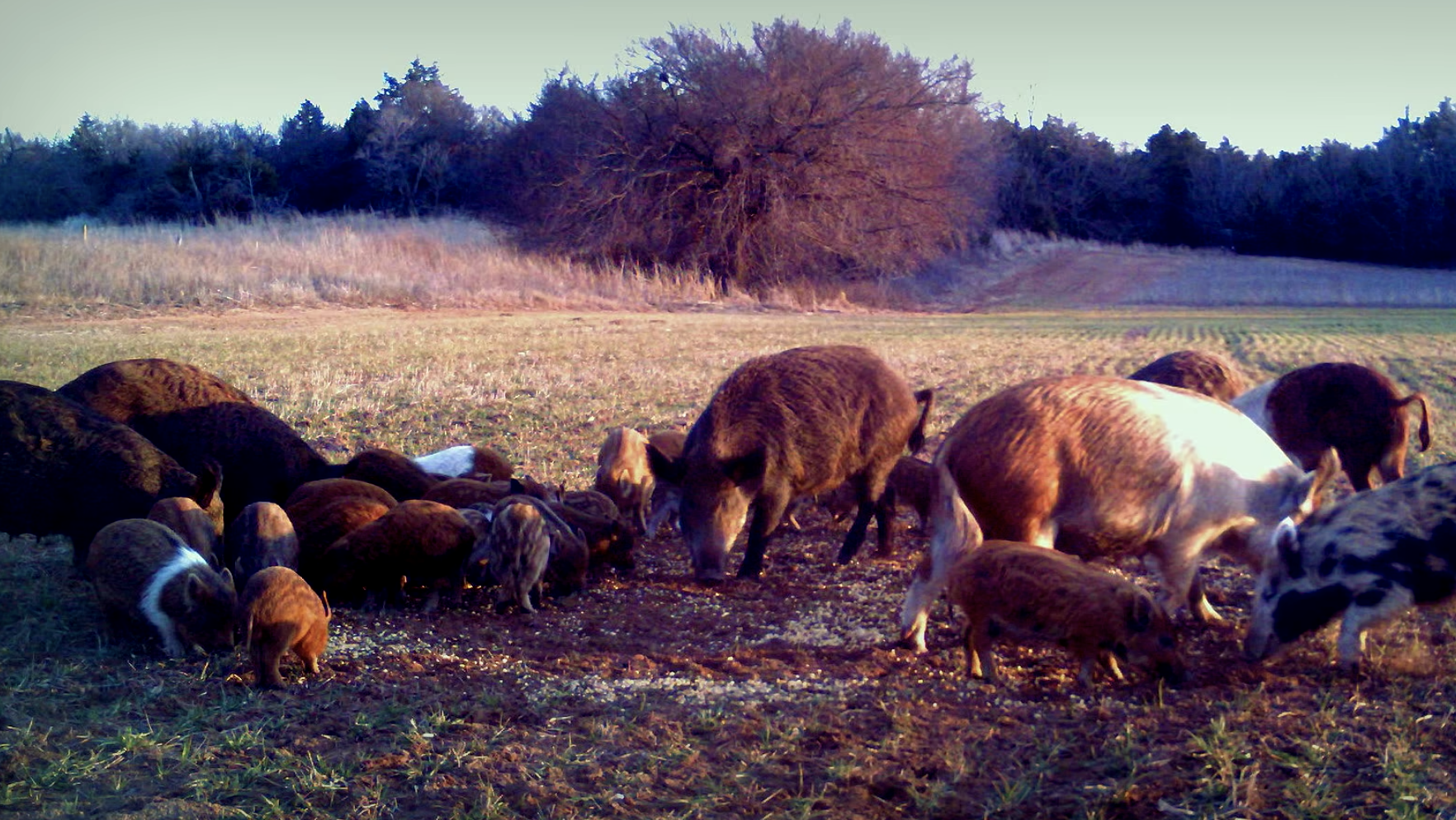 There was some great research years ago during the period Georgia made it legal to bait in the southern portion.  The University of Georgia was in a study designed to determine the average amount of time it took hunters in that area to harvest a deer.  When baiting was legalized, the amount of time to harvest a deer decreased the first year and then increased and has remained higher since.  Deer quickly learn to associate bait with danger because there’s so much hunting pressure near it.  I bet you’ve noticed a lot of deer, especially mature deer, use the bait at your place at night – when they don’t associate the bait with danger.
Most folks watch shows from Texas and see big bucks being killed over corn. They don’t realize that those hunts are often on huge ranches where there is a very low amount of hunting pressure.  Most leases in Georgia have a much higher amount of hunting pressure than in south Texas.
I’d work on removing hogs by trapping and not hunting over bait.