If you are hunting in states like these with the opportunity to deer hunt in late August or early September, now is s a great time to take the Nikons out and be watching for velvet antlers.

These early seasons are a great time to be chasing a hit list buck. The bucks will still be in their summer pattern: food to cover, cover to food, and back again.  You have to be really careful because bedding areas can be really close to feeding areas. It can be tough to get in there without alerting the deer. We’ve hunted the early bow season in Kentucky for several years now with good results. Check out the hunt from 2017 in the video at this link. 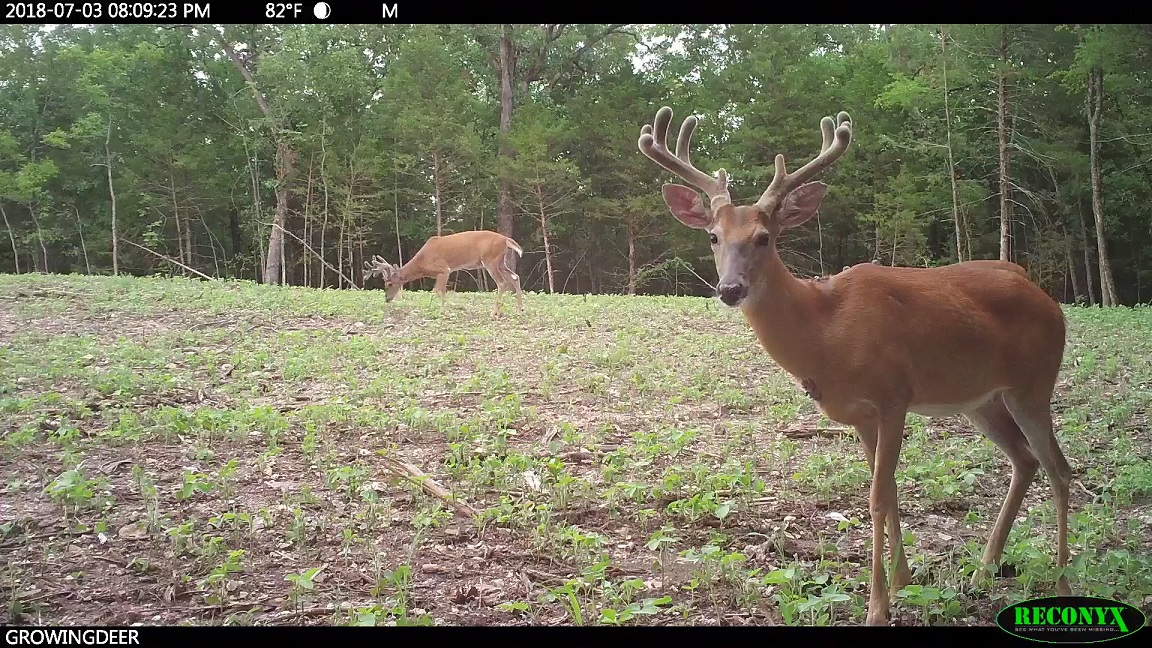 An ideal situation for early season hunts is where the bedding and feeding areas are close together but there is a crosswind that allows you to get in the stand without alerting deer.

It’s often hot in the early season so bucks typically don’t get to the food source until right at dark.

If you do some summer time scouting and find a bachelor group of bucks coming into the food plot before dark with that setup of a stand with a crosswind, you’ve got a good chance of tagging a buck in the first couple of days of the season.

Take advantage of this time when the bucks are still in their bachelor groups before the testosterone elevates and the groups disperse.

The early season can be an effective window of time to tag a hit list buck if you follow good scent control and have a strategy defined for various stand locations and wind directions. Remember the number one principle for a good stand or blind site: you need to be able to approach, hunt, and exit without alerting deer.