N.C.D.C. (National Climatic Data Center) released their drought outlook yesterday. It was literally and mentally not a pretty picture. Most of the whitetail’s range is predicted to experience a significant drought through September. This means antler and fawn development will probably not be as good as it could be in most areas. There will be exceptions with areas that irrigate or receive a timely rain. But most deer herds will suffer. 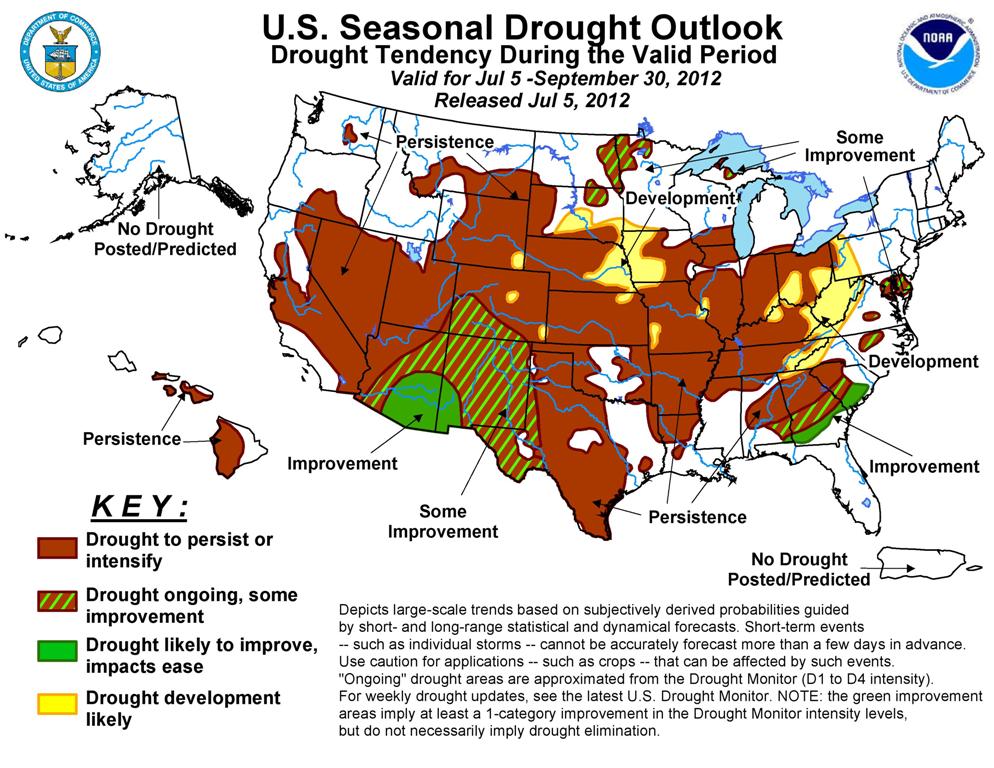 There are other impacts of drought stress on whitetails than the obvious reduction in forage, and therefore, herd quality. One of the worries I have when droughts occur is E.H.D. (epizootic hemorrhagic disease) and B.T. (bluetongue). These are both viruses but are genetically different. However, the signs and/or symptoms of both viruses can appear similar. In fact it requires samples and testing to confirm which virus is present in sick or dead deer. For more detailed information about EHD/BT, check out this fact sheet.

Unlike CWD, EHD/BT is not spread from deer to deer through direct contact. Rather it is transmitted from deer to deer by biting midges (called sand flies, gnats, no see ums, etc.). Research indicates that the scale of EDH/BT outbreaks is more closely related to the population levels of midges than deer. In other words, reducing the deer population probably won’t decrease the level of an EHD/BT outbreak.

Populations of the biting midges, and therefore EHD/BT outbreaks seem to explode when a drought has occurred resulting in lots of mud or moist soil being exposed. If rain occurs following such a drought, there is usually a huge hatch of the midges. Should widespread rain occur during sometime from July until it frosts, conditions could be perfect for a very large EHD/BT outbreak. Usually less than 25% of a deer herd dies during an EHD/BT outbreak, but there have certainly been cases where more than 50% of the herd dies.

There is no known vaccine, etc., to use for EHD/BT. Fortunately, EHD/BT is not infectious for humans.

I really want it to rain throughout the drought stricken area! However, I really don’t want it to remain dry until August and then rain. That could be a perfect recipe for a massive EHD/BT outbreak. 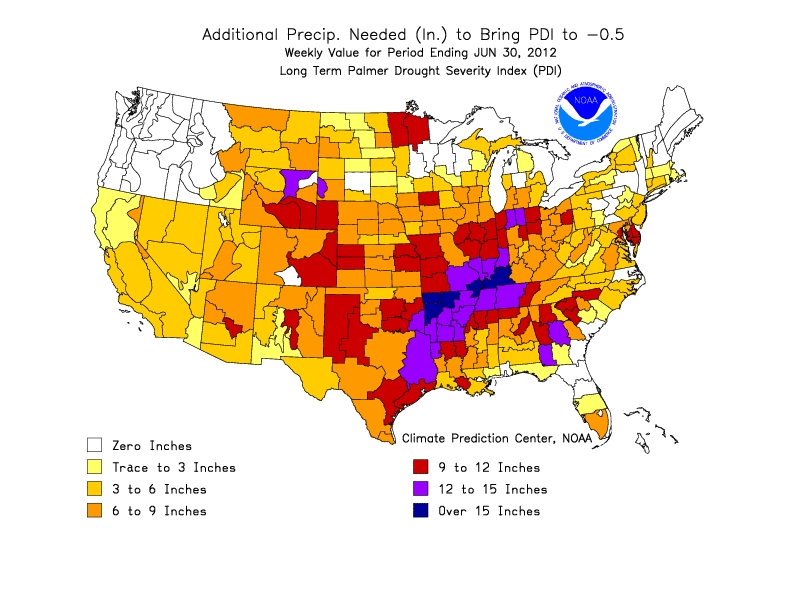 If you begin seeing deer that appear sick or finding sick and/or dead deer by water call your local wildlife biologist and/or game warden. They won’t be able to help the deer, but it will be very important to monitor the scale of the outbreak.

To end on a positive note, when a resource (food, cover, and water) is limited, it’s much easier to pattern deer. If conditions don’t change drastically before hunting season throughout most of the whitetail’s range, it may be one of the best hunting seasons for seeing deer that has occurred in a long time! I’m not hanging all my Muddy stands yet. I’m saving a few to place on whichever water source is available should the drought not end before hunting season begins.

Recent Posts Better Hunting for 120 Acres That Was Logged 10 Years Ago Clearing Trees to Make a New Food Plot What to Consider When Deciding To Log or Not Be Cautious About Supplemental Feeding Deer During Harsh Winters Aging Deer by the Jawbone with Toothwear and Replacement Why Did This Deer Have White Hooves? Better Understand Where and How Scent is Carried Setting Up for a New Season of Trapping Nest Predators! Hunting a Utility Easement Overlook Creating Hunting Strategies Based on Thermals, Wind Speed, Wind Direction Today’s Hunting Strategy: 46 Degrees Archery Practice: Aim for the Lower Third New Hidey Hole Food Plot At Edge of Bedding Area and Timber How High Do You Place Your Treestands? The Key to Success for this Kentucky Hunt: Food Plot Design See the Difference In Two Thinned Pine Stands: One Burned the Other Not One Of Our Favorite Hunting Tools That Fits In A Pocket! Mapping Acorns! The Bullet that Leaves All Its Energy In the Deer Native Browse: Ragweed – It’s Extremely Nutritious