Question
Dr. Woods, Below is a link to a video I have published on Youtube. This was from a hunt in western Kentucky, December 2010. I was the cameraman and my good friend was the shooter. This was a paid hunt with trophy minimums. This injured deer came out tending the doe. His leg was so severely injured he couldn’t stand for long periods of time. He was laying down watching the doe. We were in contact with the outfitter, who left it up to us. We were scared to shoot because of the financial penalty. Back at camp we showed him the footage and he said he’d like to let the deer go to see what he could become. My question since then has been if there was ever a chance for this deer to become “normal” again? While he didn’t appear malnourished, the leg injury and opposite antler nub, along with the malformed “good” antler gave me doubts. I’m not asking to second guess the outfitter, my question applies to my own lease. If I find a buck in a similar state, is the best course to cull the deer or let him go?

Any information you can provide would be greatly appreciated!
Sincerely,
Patrick Elia 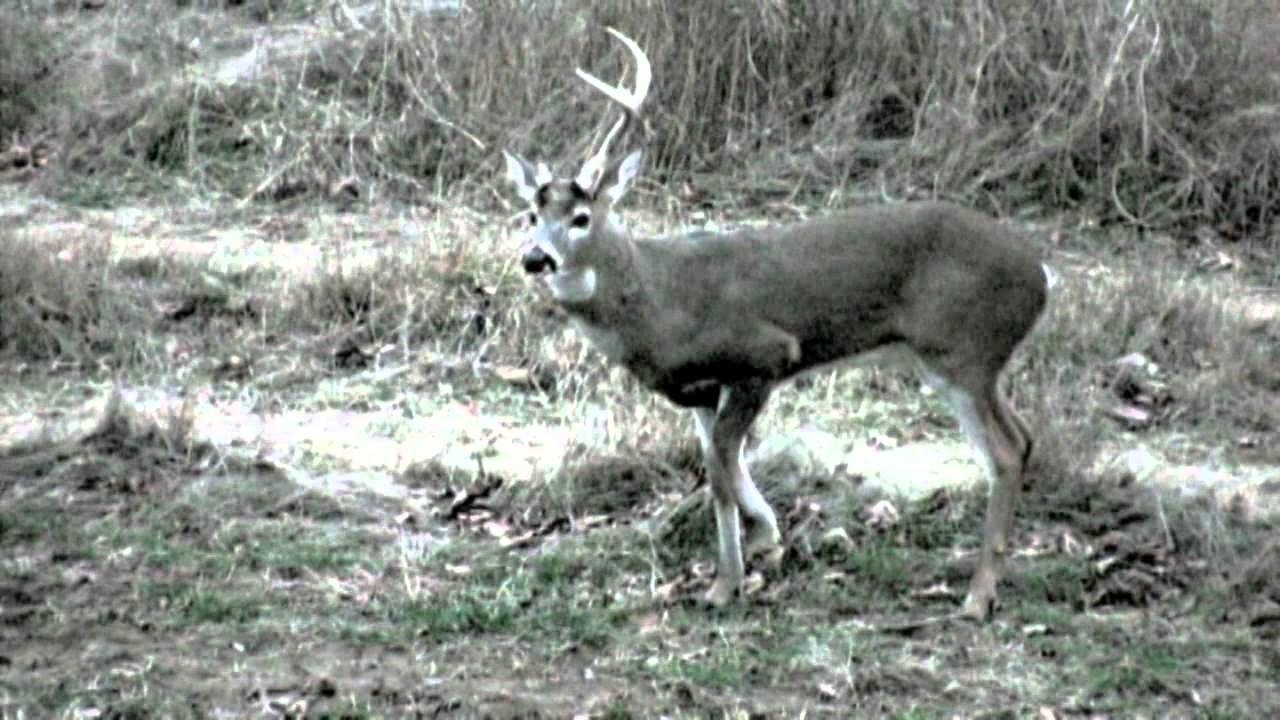 There’s no way to determine if the buck will recover from the video.  I doubt he’ll produce “normal” or typical antlers. However, he may produce great non-typical antlers!

Given that the buck may survive, I agree that it was the landowner’s choice. When I encounter such bucks I typically give them a pass unless they are mature enough to meet the landowner’s deer management goals or it’s obvious the injury is life threatening.  I don’t wish for critters to have prolonged suffering with no chance of recovery.

It’s important to remember that wild deer are managed on a population level – not based on individual deer.  Removing or passing this buck will have little impact on the whole population.  It’s the sum of all the pass or shoot decisions that determine the health of the herd.