Question
Any ideas why this buck hunches over as shown in the attached photo. In August and September he had normal posture. He disappeared from my cameras until the end of November. All the photos since show a hunched over posture. I am guessing injury from fighting but I don’t see any obvious signs. I had a 170″ buck last year that sustained an injury on his side. I assumed a puncture from fighting. By March the infection was the size of a dinner plate. He shed in March and by April I lost track of him. Not sure if he made it or not. I didn’t see him this fall. Thank you. 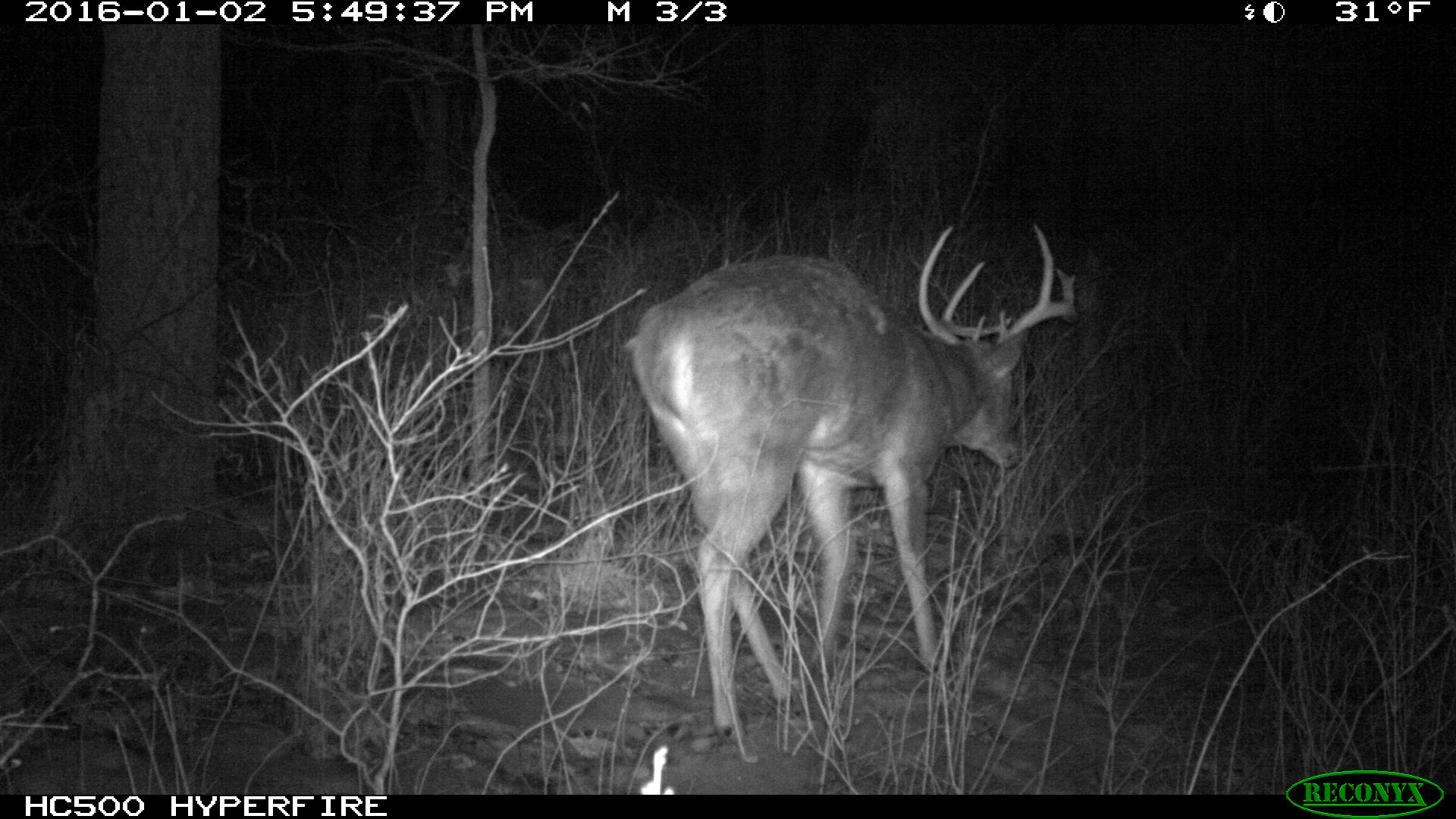 I suspect you are correct that this buck has been injured.  It will be interesting to see if he recovers.

If a buck holds his antlers till March he’s most likely in good condition as most injured bucks shed early.