Question
I have a couple bucks that I wanted to show you, the picture of the one broadside I was wondering if you could approximate an age on it, I was thinking about 3.5 years old?

The other buck has a cool drop tine and looks to be a good sized deer, hard to tell how old on that one though.

Let me know what you think. 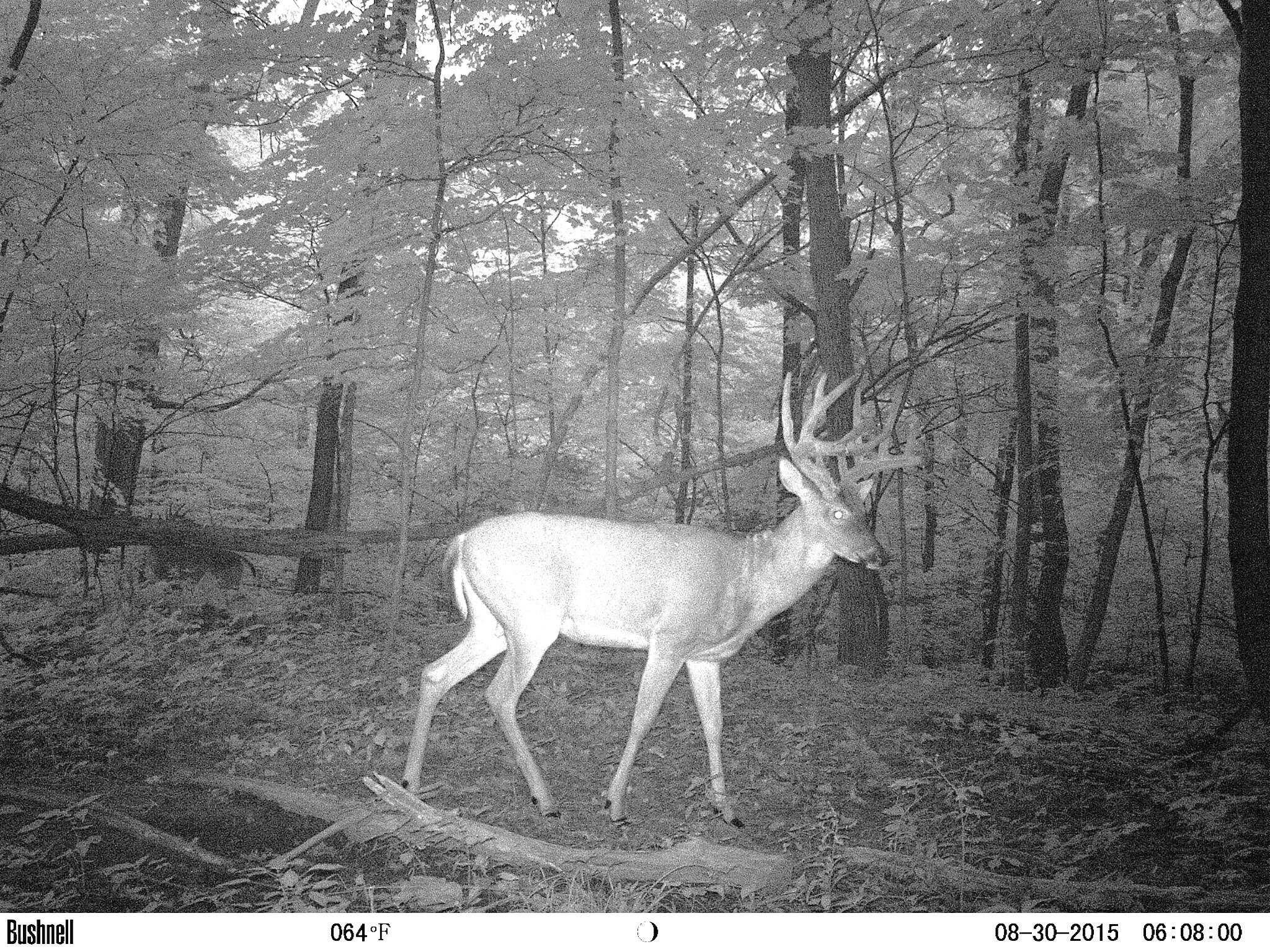 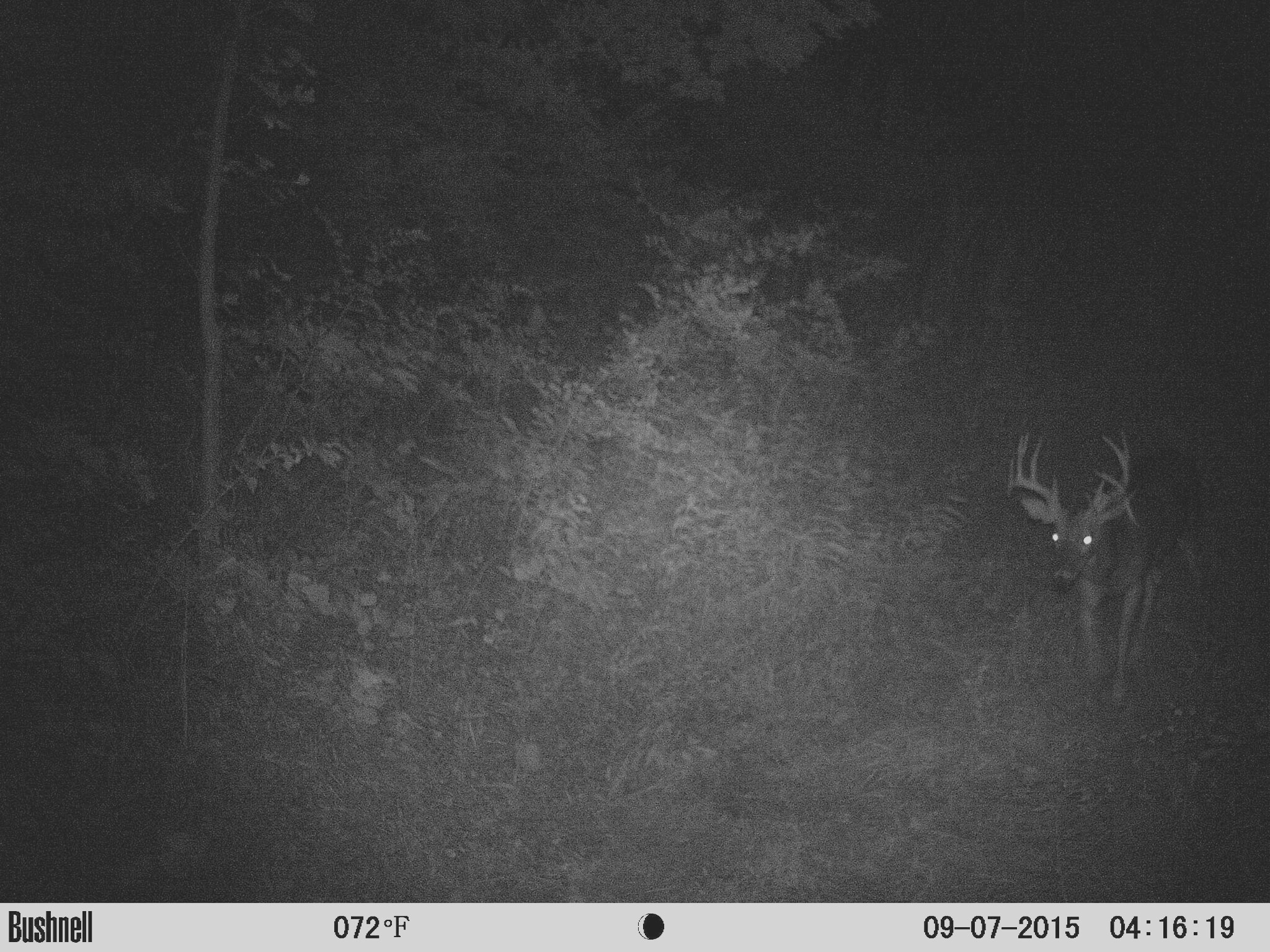 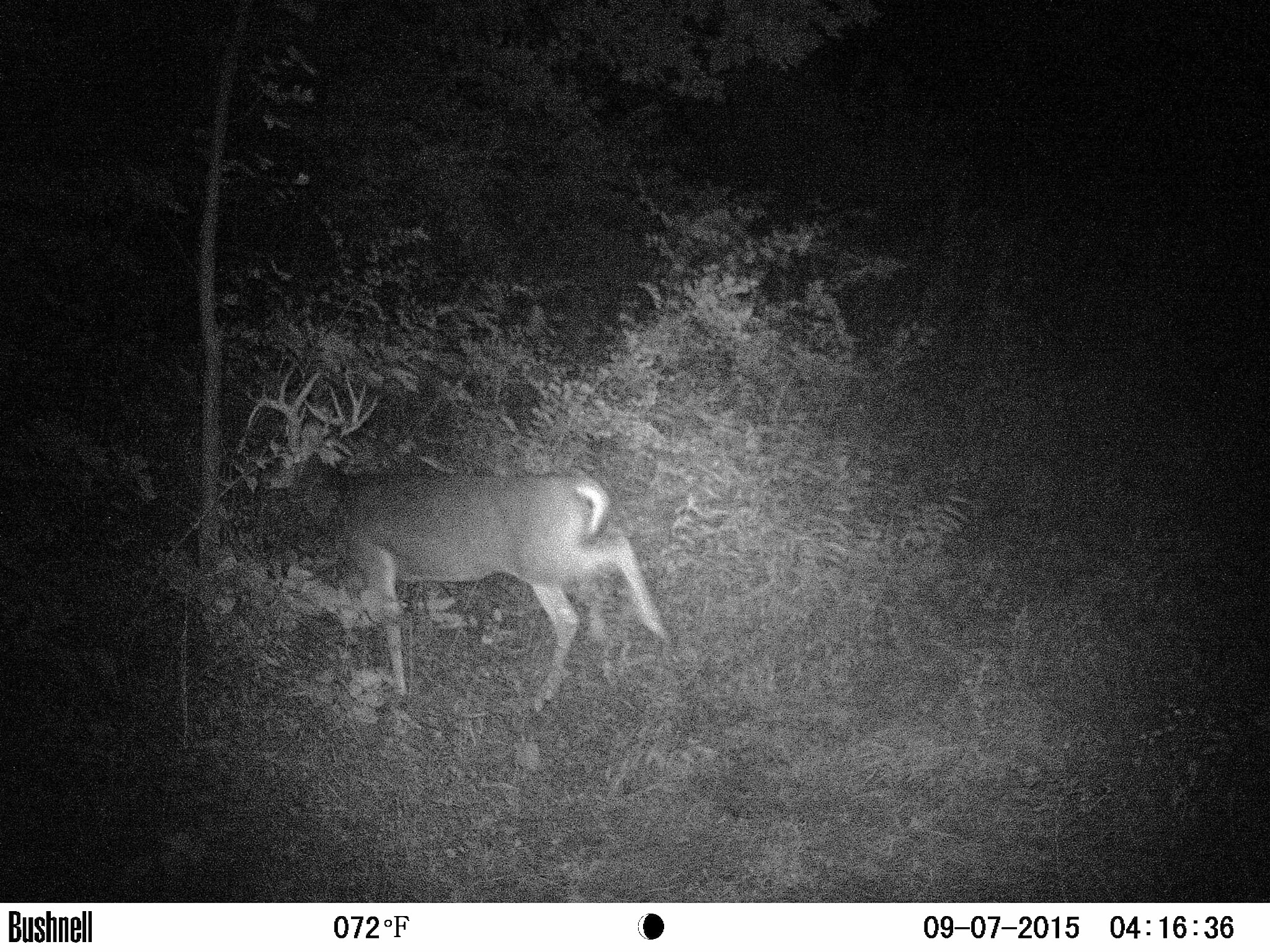 I agree that the buck that’s broadside to the camera appears three years old. His back and belly lines are very straight.  His ham and shoulder are developed, but don’t appear fully developed (like a mature buffalo).  His legs appear a bit long for his body and his neck merges with his chest well above his brisket.

These are all indicators of a three year old buck.

The other buck has a neat droptine!  I hope you have encounters with both of them!