Question
Went walking in woods today in your old stomping ground Abbeville SC. Found 2 buck skulls today. One that was pretty old and another from this past season in food plot on public land. Also found jaw bone. Is this buck 2 1/2 or older 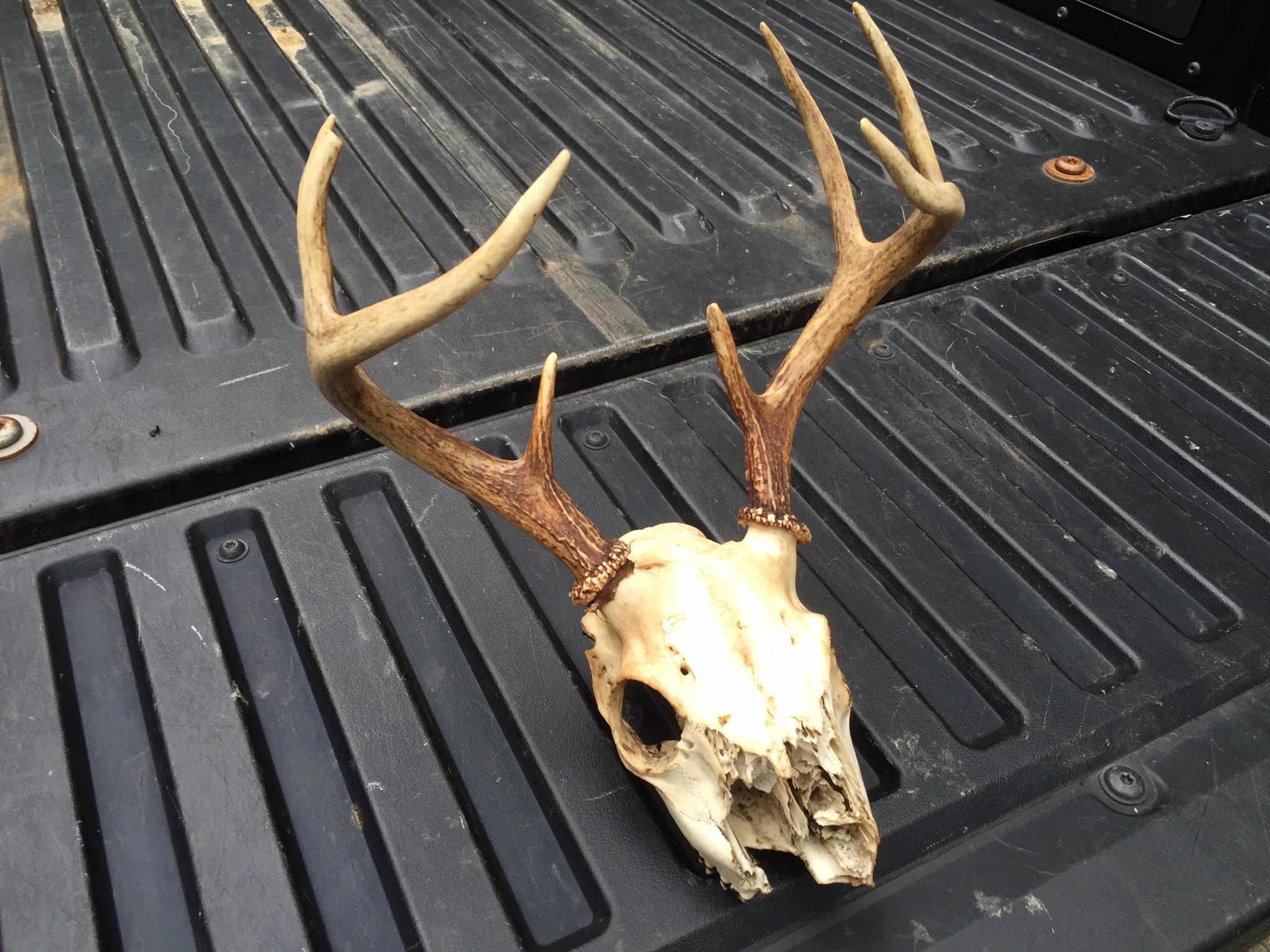 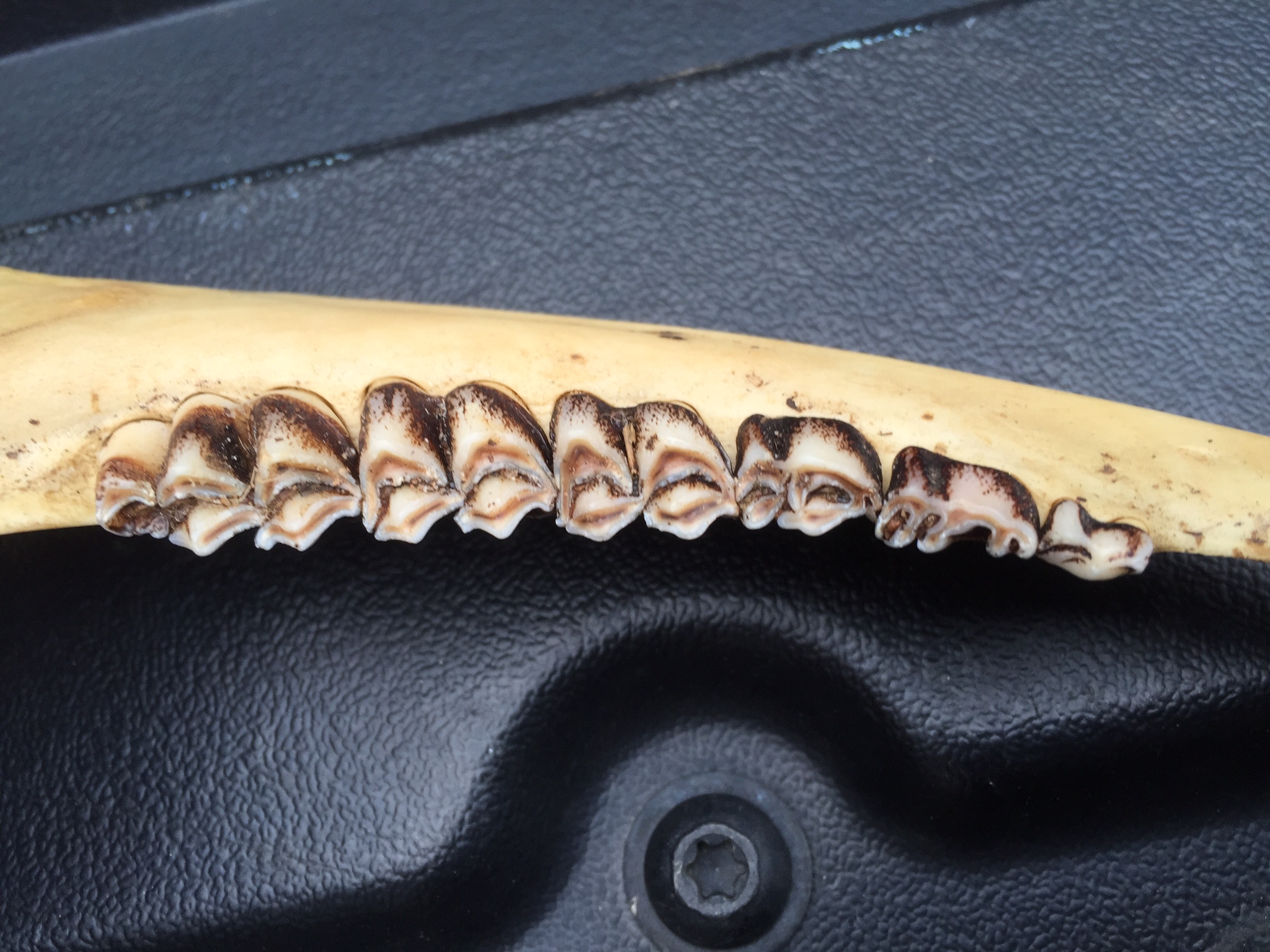 I spent a lot of great days walking near Abbeville and still have many friends there.

Deer a year old or older have three premolars and three molars.  The three premolars (toward the deer’s mouth) are replaced by new teeth the deer is approximately 14 to 20 months old.  The third premolar (closer to the deer’s throat) is the last to be replaced.  This tooth has 3 cusps (humps) when it first comes.  It is physically pushed out by a new tooth at about 18 months.  The replacement tooth has two cusps. So, anytime you evaluate a deer jaw and the third premolar has two cusps the deer was two years old or older.

It appears the first molar (the fourth tooth back on the lower jaw and the oldest tooth in a two year old or older deer’s mouth) has a small amount of wear.  I estimate the buck was either two or three and I’m leaning toward three.