Question
Hey grant! Hope this question finds you well and staying productive at the proving grounds. I have been a huge fan of the show and your hunting research and philosophy for a long time now. I was wondering if you’ve had any encounters with the buck two face? And how you approach a deer with such a wandering spirit? Seeing as he has a huge home range. I’m a Rhode Island hunter, so I don’t see bucks in the class that you have on the proving grounds but there are some nice deer around. Was also wondering if you could help me estimate the age on this buck, I’ve been encountering him on my property for a few years now. 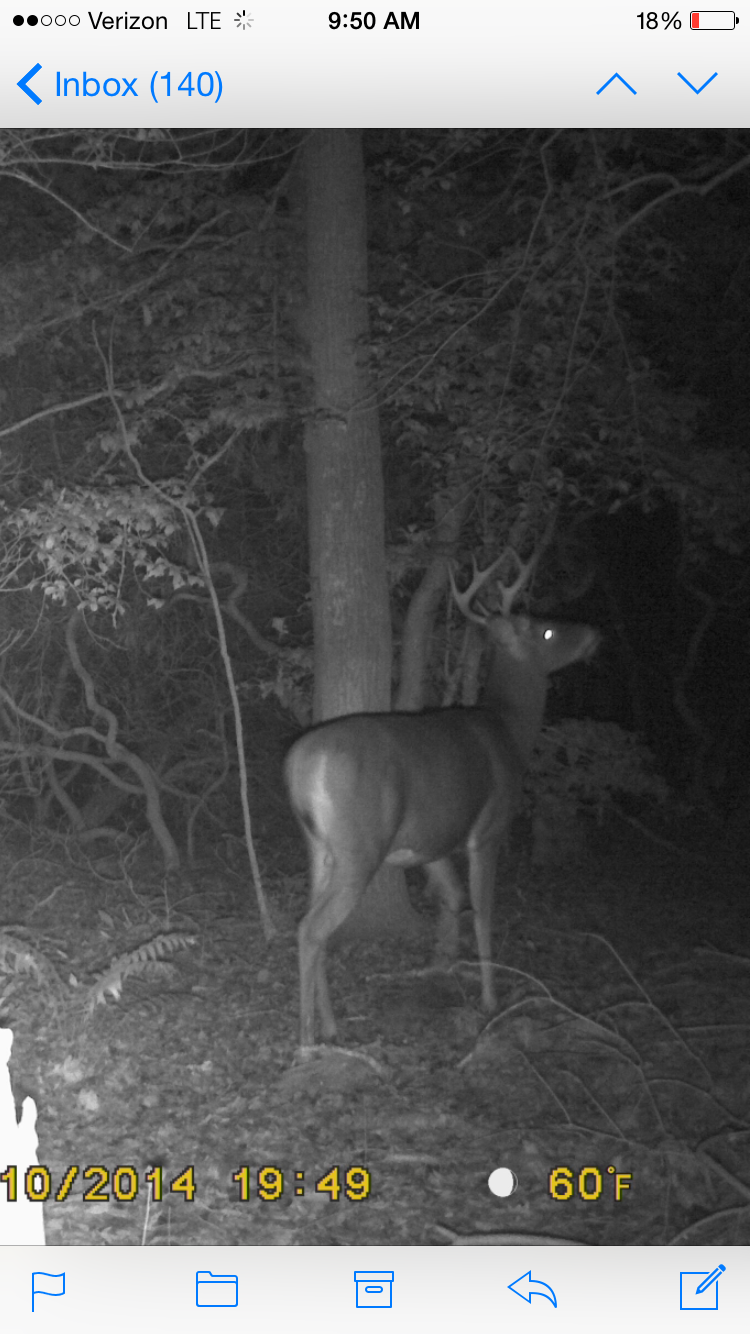 Adam and I saw the buck we called Two Face during October 2012.  There was a bad outbreak of H.D. here that year and found Two Face’s skull that spring. He was limping the last time we saw him so I suspect the cause of death was H.D.

The buck in the image you submitted is strongly angled away from the camera.  That’s a tough angle to use to accurately estimate a buck’s age.  When I cover his antlers his body appears like a mature doe.  His back and belly appear straight.  These are both indicators of a two year old buck.