Question
Hey Grant! Really enjoy your videos and am learning so much! thanks!
To start with,I am in Indiana ’bout 20 mile north of Kable,in Ripley county. I just wanted to introduce you to “Brutus”.I don’t think I have seen another deer this size. I’ve taken deer over 200 lb dressed but they were nothing like this.
A few questions,how do I estimate his weight?Or his age?I do pretty good up to about 4 1/2 but I can only guess after that.My gut says he’s at least 6 but I’d like to have something to base this on.He is getting spurs on his rack which indicates an older deer,so I have heard,one going down hill.Is this true?I know his rack doesn’t look like all that much but considering the frame it’s sitting on I would think he is close to 140.What do you think?
And last,this pix was in the middle of rut yet he has no staining down his back legs!My property is a transitional area with crop lands all around but we have crp ground with warm season grasses bordered with alfalfa firebreaks so I can only theorize that he has been overpowered and ran out of his territory and is no longer a dominate buck.Does that make sense? Does this make sense or is he just out of the bedroom looking for a receptive doe?
Thanks so much Grant.
Wade 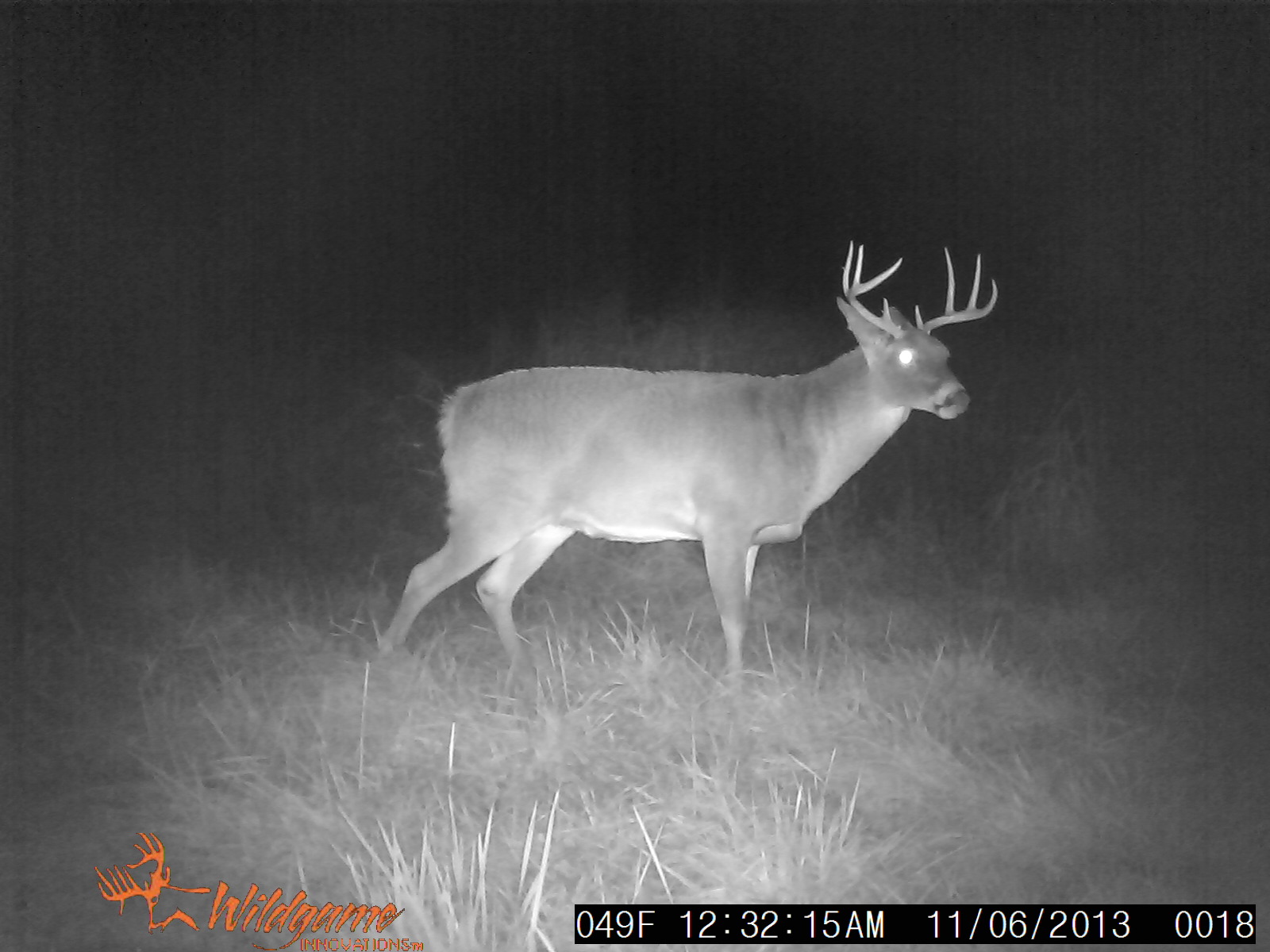 That buck does appear to have a large body!  It’s odd that his antler bases are much smaller than his eyes (a buck’s eyes are usually about 4″ in diameter).  His body has such an odd shape that I’m hesitant to estimate his age.  Just as in humans, some deer don’t have normal shaped bodies or “fit the mold.”  I think it would be easier to estimate the age of this buck if he was standing by another buck for scale.

I hope you have some good encounters with this buck!