Question
How old roughly is this deer?

I plumb missed him in archery season this year (October 28th?) and was tickled pink to see him turn up on my trail cam a couple weeks ago. Note* the clock is an hour fast on those pictures. Sorry for the poor quality picture of a picture.

He has tough of hair missing on his left hand shoulder what do you think that is from? Does he seem healthy other wise, and will he make it until next season you think?

This is in south east Pennsylvania. I just began using trophy rock and 465. I just put some out last week when I retrieved the pics. Will they take to take to that this time of year? 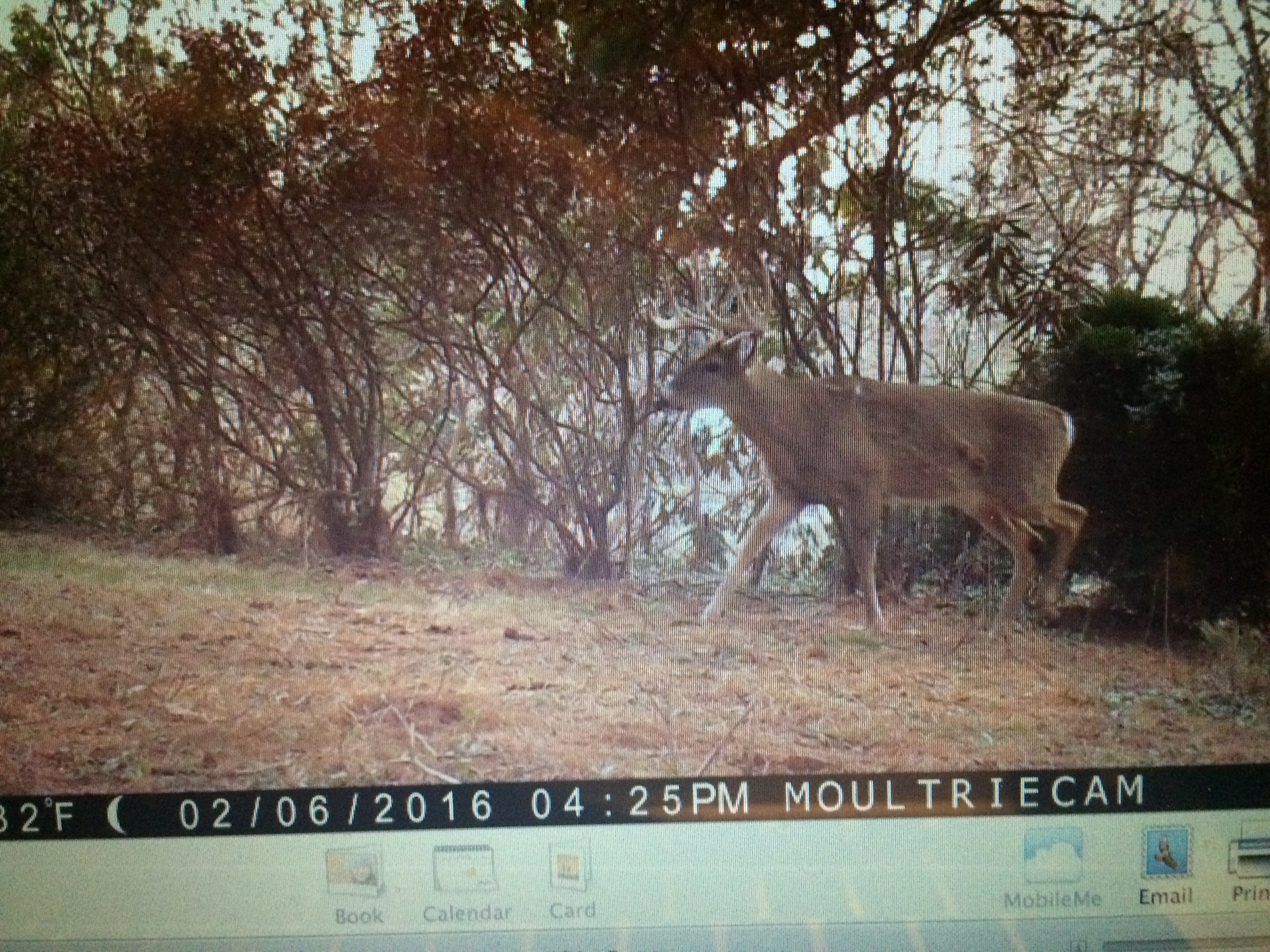 This buck looks to be 3.5 years old. Although this buck appears to be slightly worn down from the rut, he has quite well developed shoulders and brisket. His front shoulders are larger than his rear hams. Also, his front legs appear to be short for his body. These are a signs of an older deer.

Deer are seen regularly missing tuffs of hair missing. This could have been caused by fighting, or simply crossing under a fence as well. The buck appears to be a little thinner than normal, but late winter is a known stress period for deer. I do not see any signs that would lead to a more serious injury or illness. There are many possibilities that may occur between now and then, but I would think if he remains healthy, you will be chasing him next fall.

Yes, deer need mineral all year round. We keep our mineral out during every month of the year for this reason.