Question
Attached are pics of a buck that I believe is the same buck from this year and last year. Can you help with me with aging him? He is the front buck in the 2014 pic and the rear/back deer in the 2015 pic.
Thanks 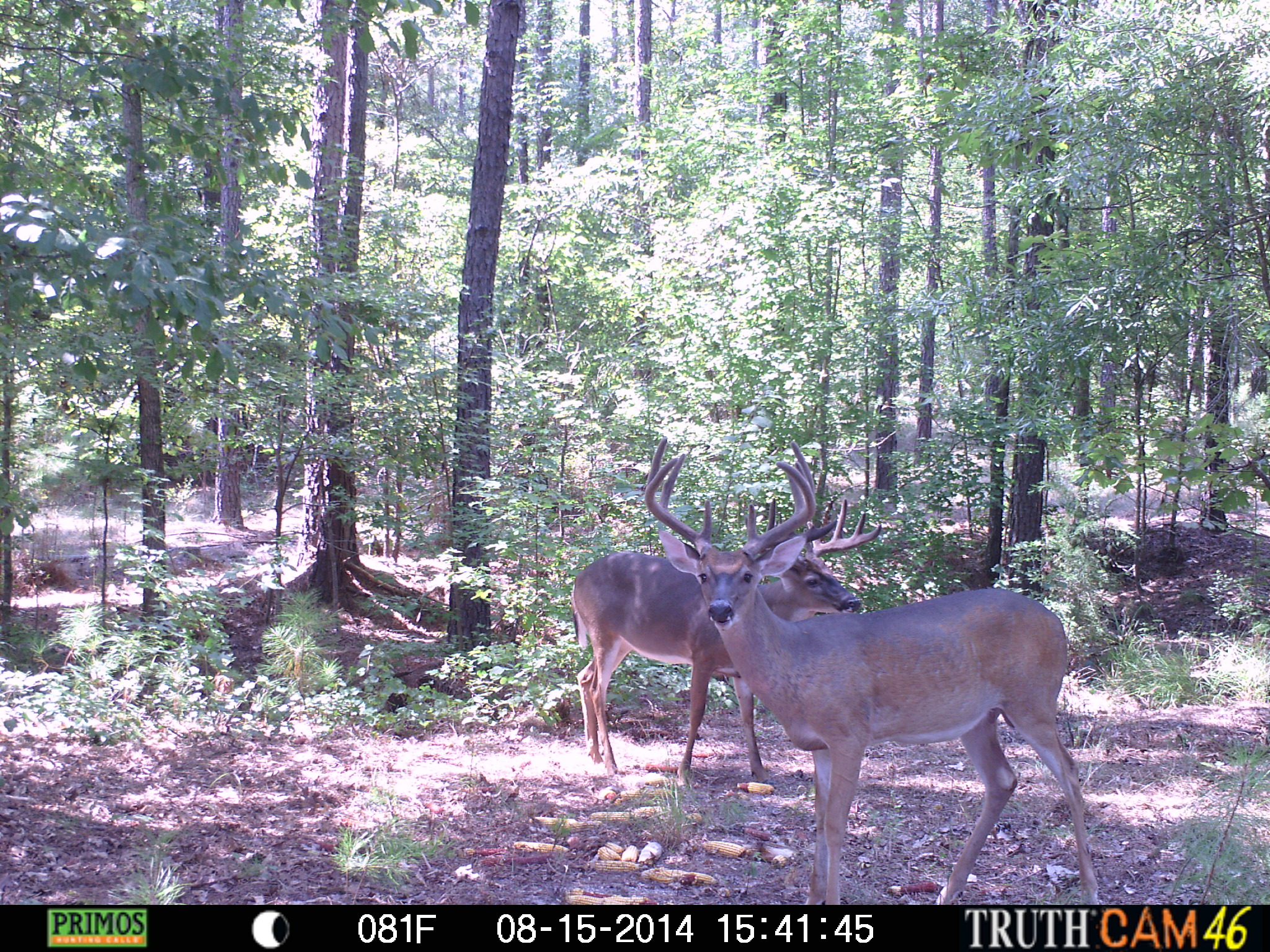 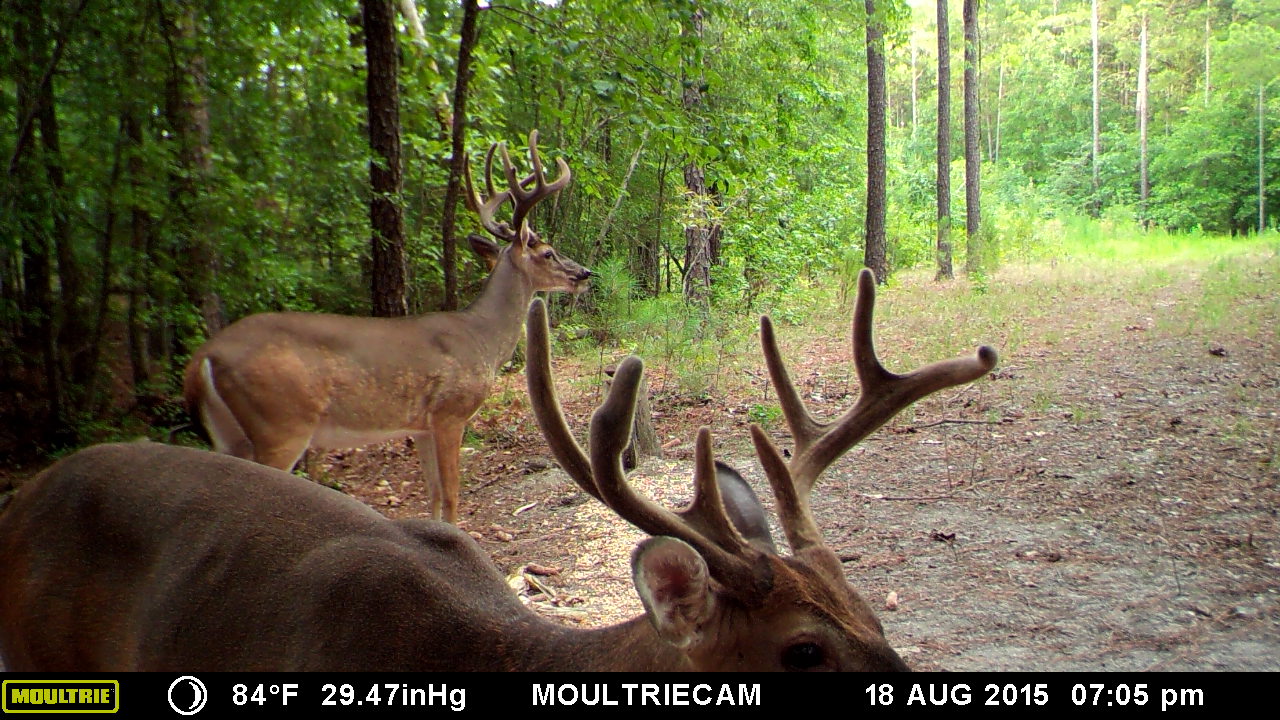 The neck of the buck in the back of the 2015 picture merges with his chest above his brisket. His shoulders and hams appear developed, but not well developed.  His shoulders appear much smaller than his hams. These observations may due to his posture and because his angling away from the camera.  Based on this picture I estimate the buck is 3, maybe 4 years old. I’m leaning toward calling him 3 years old.