Question
How old do you think this buck is? 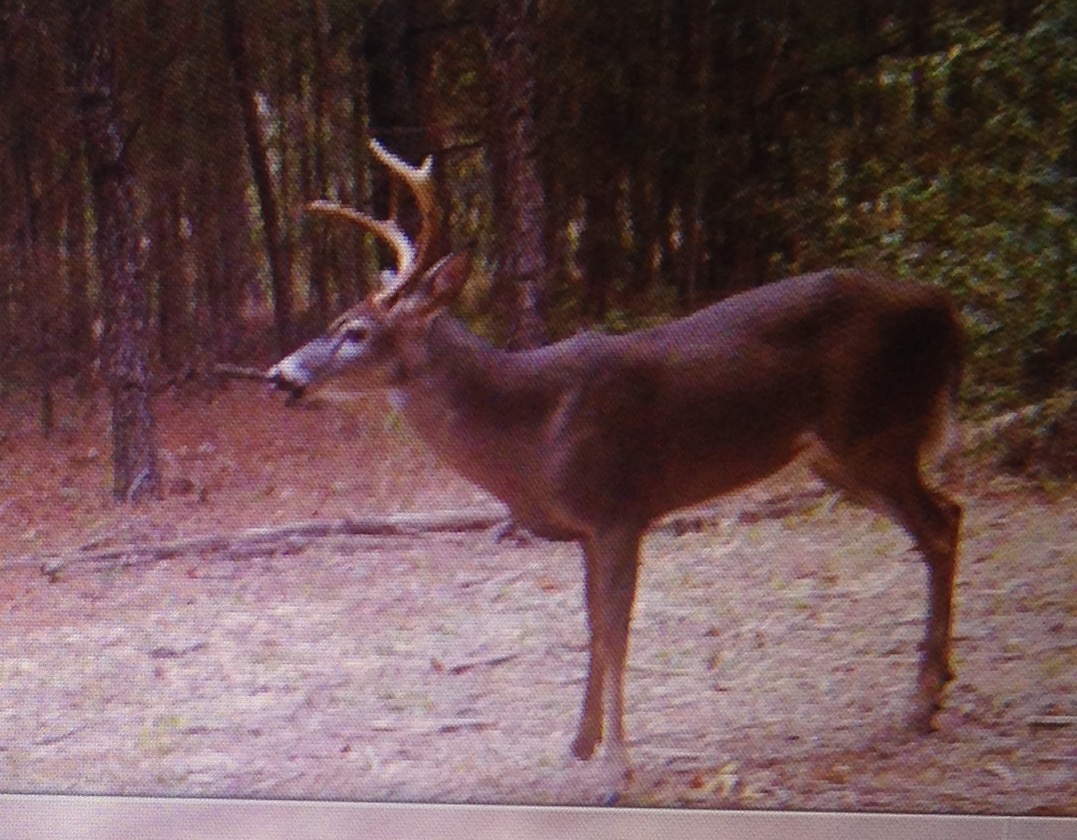 It’s tough to accurately estimate the age of bucks when they aren’t standing on level ground.

It appears this buck’s neck merges with his chest slightly above his brisket. His shoulders and hams don’t appear fully developed.  I believe the hump over his shoulder is due to his hind feet being on higher ground than his front feet.  His antler bases appear to have a smaller diameter than his eyes.  These are all indicators of a buck that’s isn’t mature. I estimate this buck is two or three years old.