I have a trailcam photo of this buck in South Central Ohio. From looking at his body I would think he is roughly 3.5 years old, but his rack makes me think 1.5 years old. This property is all wooded roughly 500 acres without any crops nearby. Neighboring properties do not have any crops nearby as well. 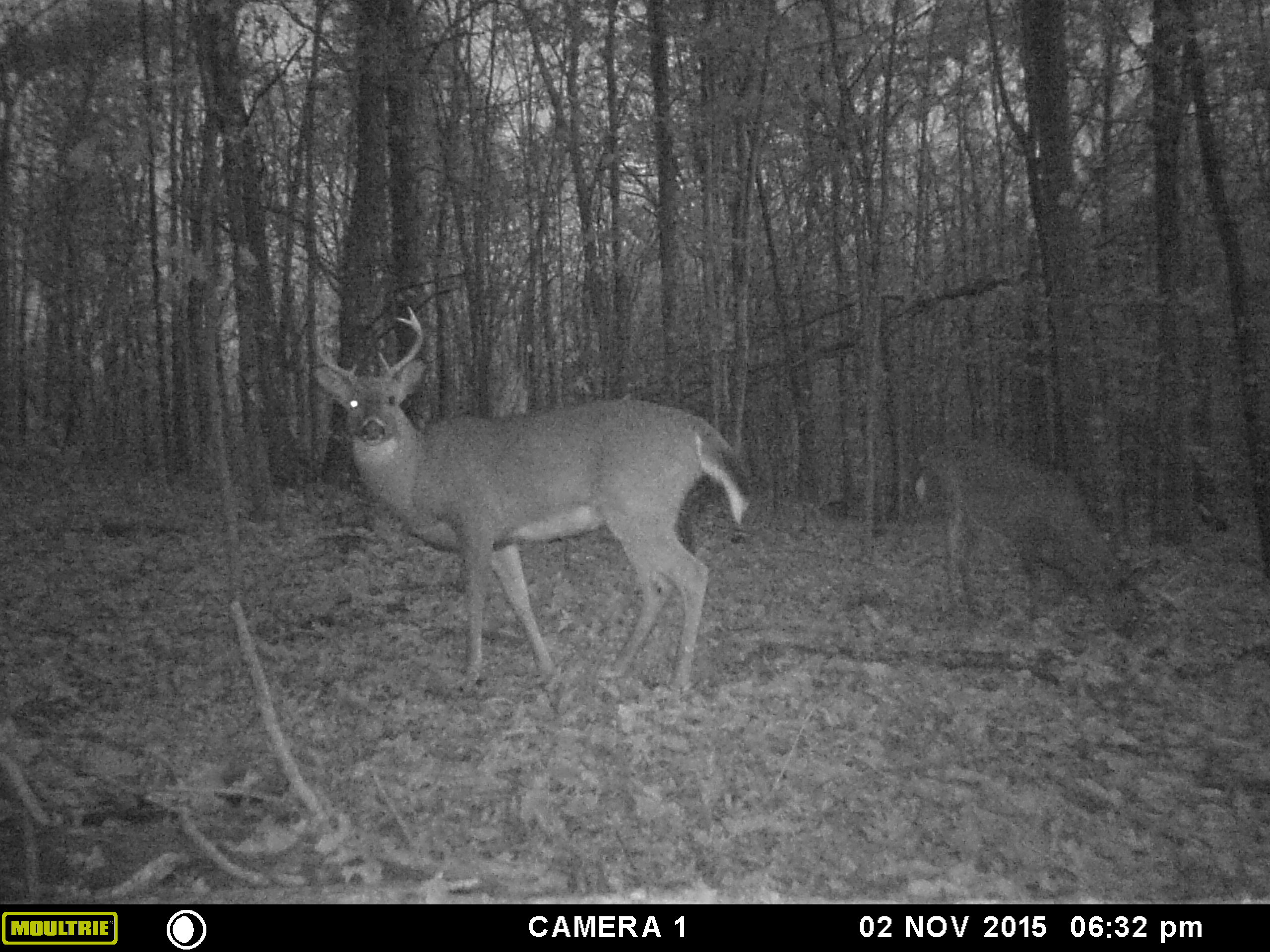 The buck in your picture is tough for me to accurately estimate his age.  His antler bases are relatively small compared to the diameter of his eyes.(he’s blind in one eye).  This is an indicator of an immature buck. However, his shoulders appear well developed and his neck merges with his chest at his brisket.  In addition his chest sags below where his shoulder meets his leg. These are all indicators of a mature buck.

I’m hesitate to venture a guess. If you tag him please have a local wildlife biologist look at his lower jaw and estimate his age!