Question
I would like to know the age of a deer I’ve been watching now for two years.
I found his right shed this past February. these are pics from last year and
this year. He was an 11pt. last and a 10pt. with several kickers this year. The
pic with 2 deer is a nice 8pt. that has been running with him all summer.
Thank You Johnny 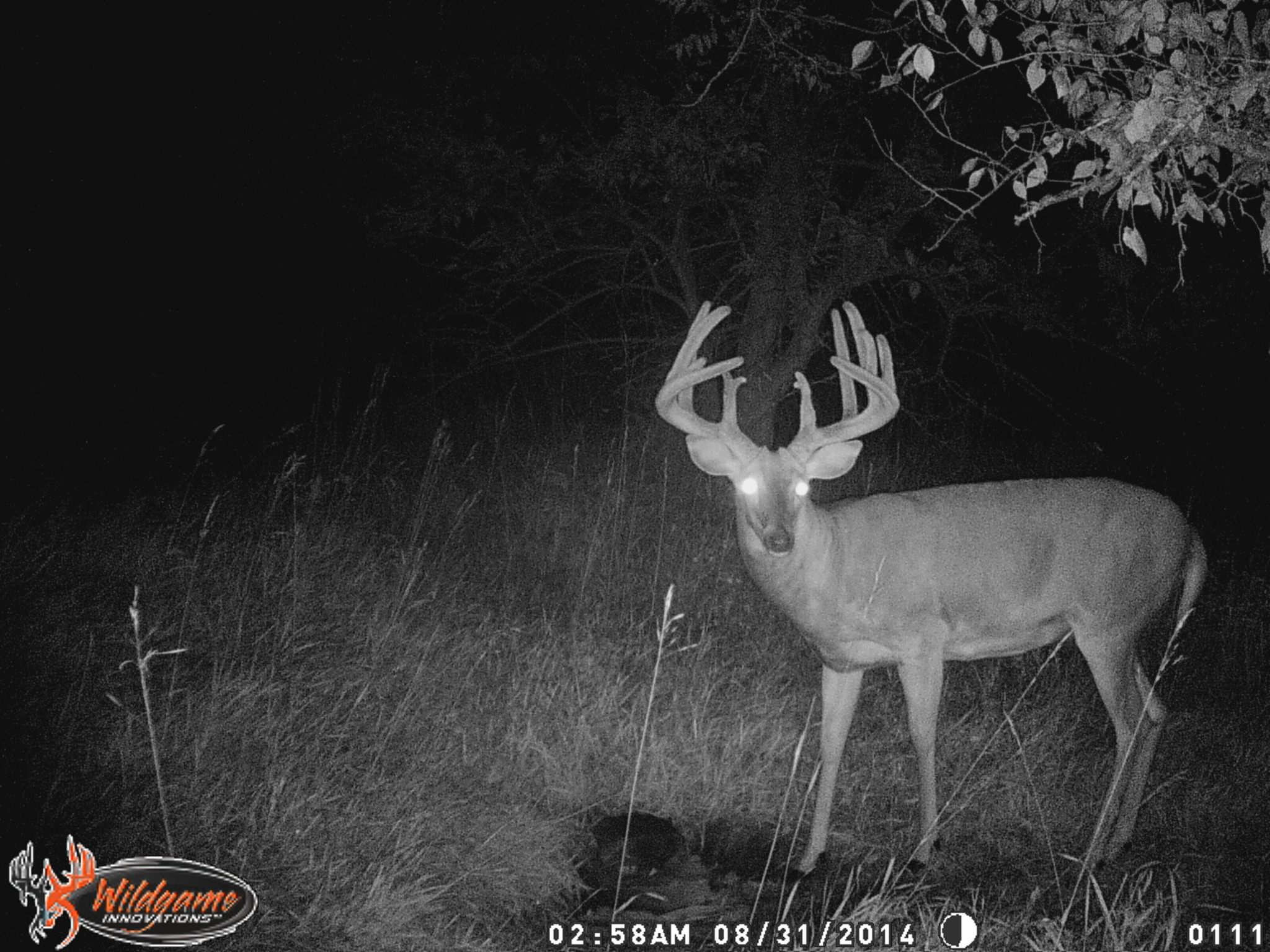 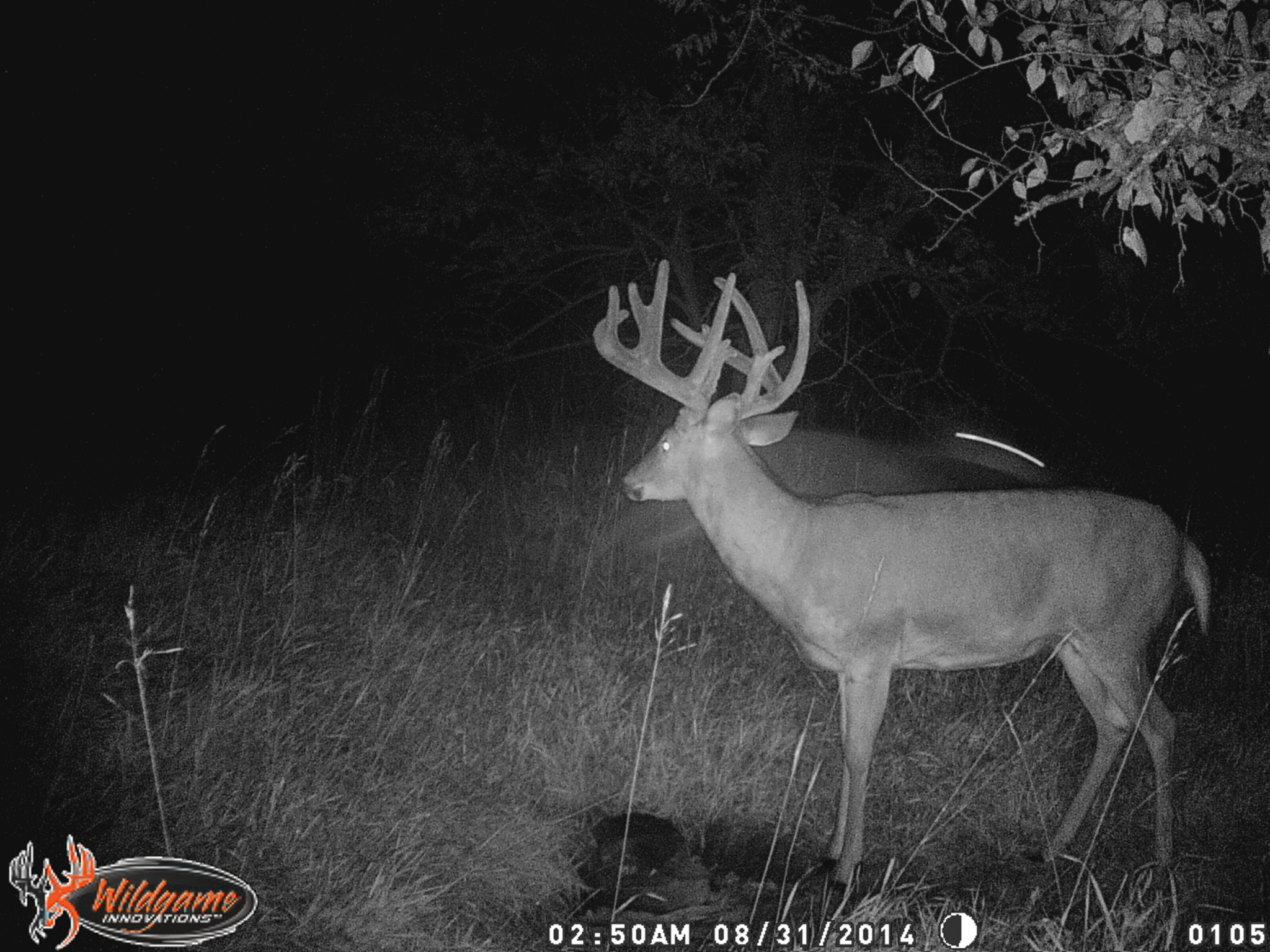 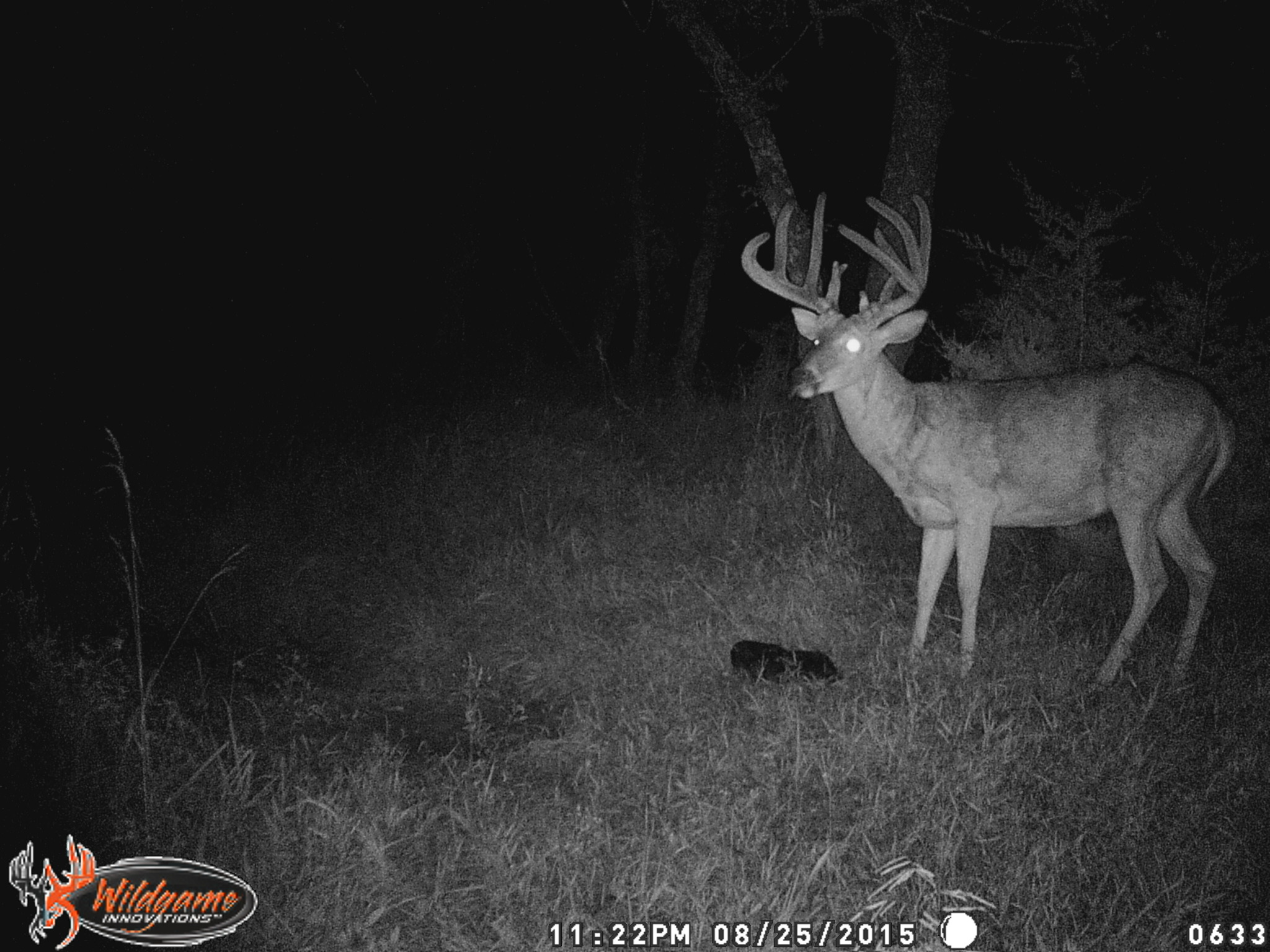 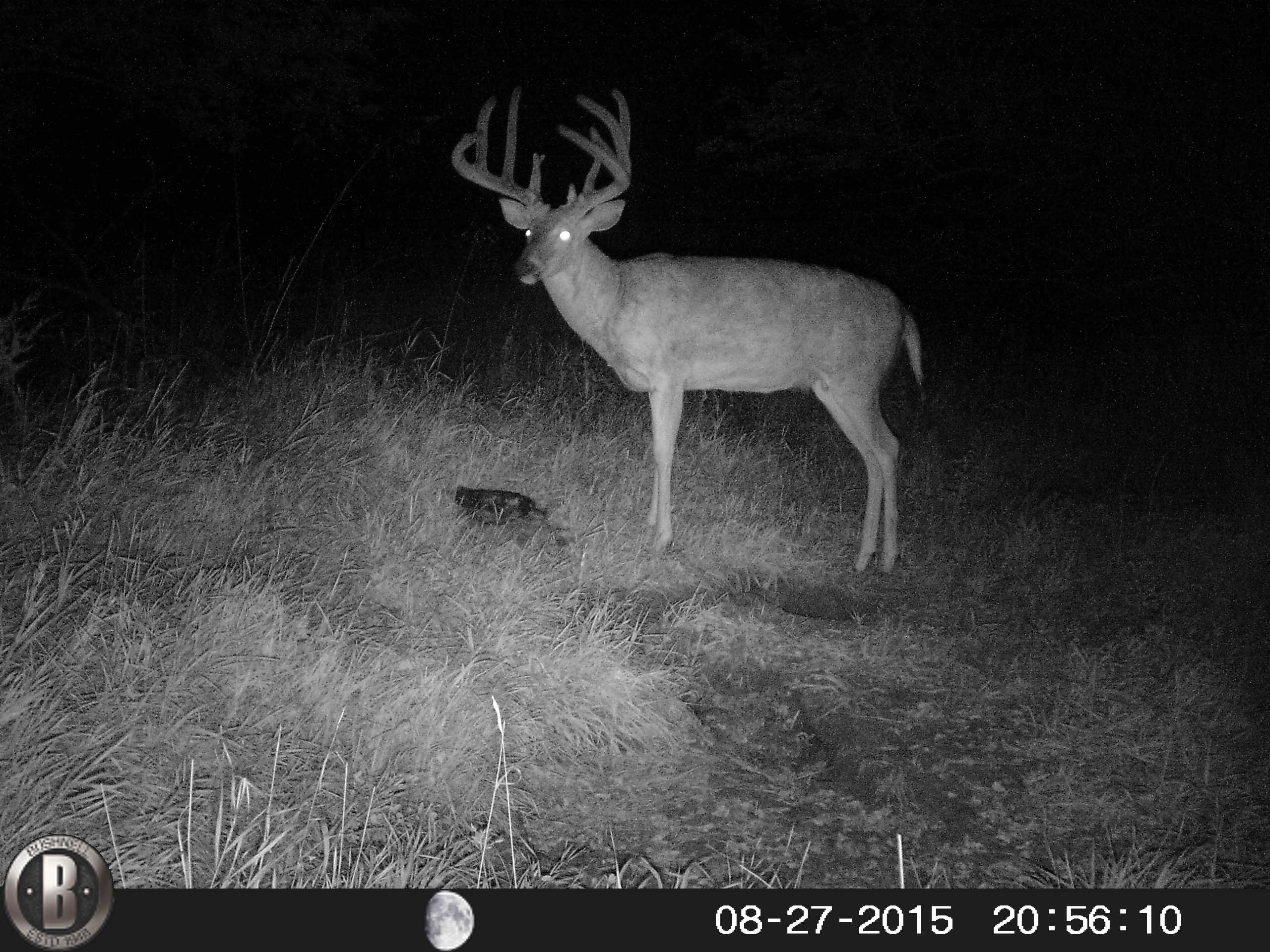 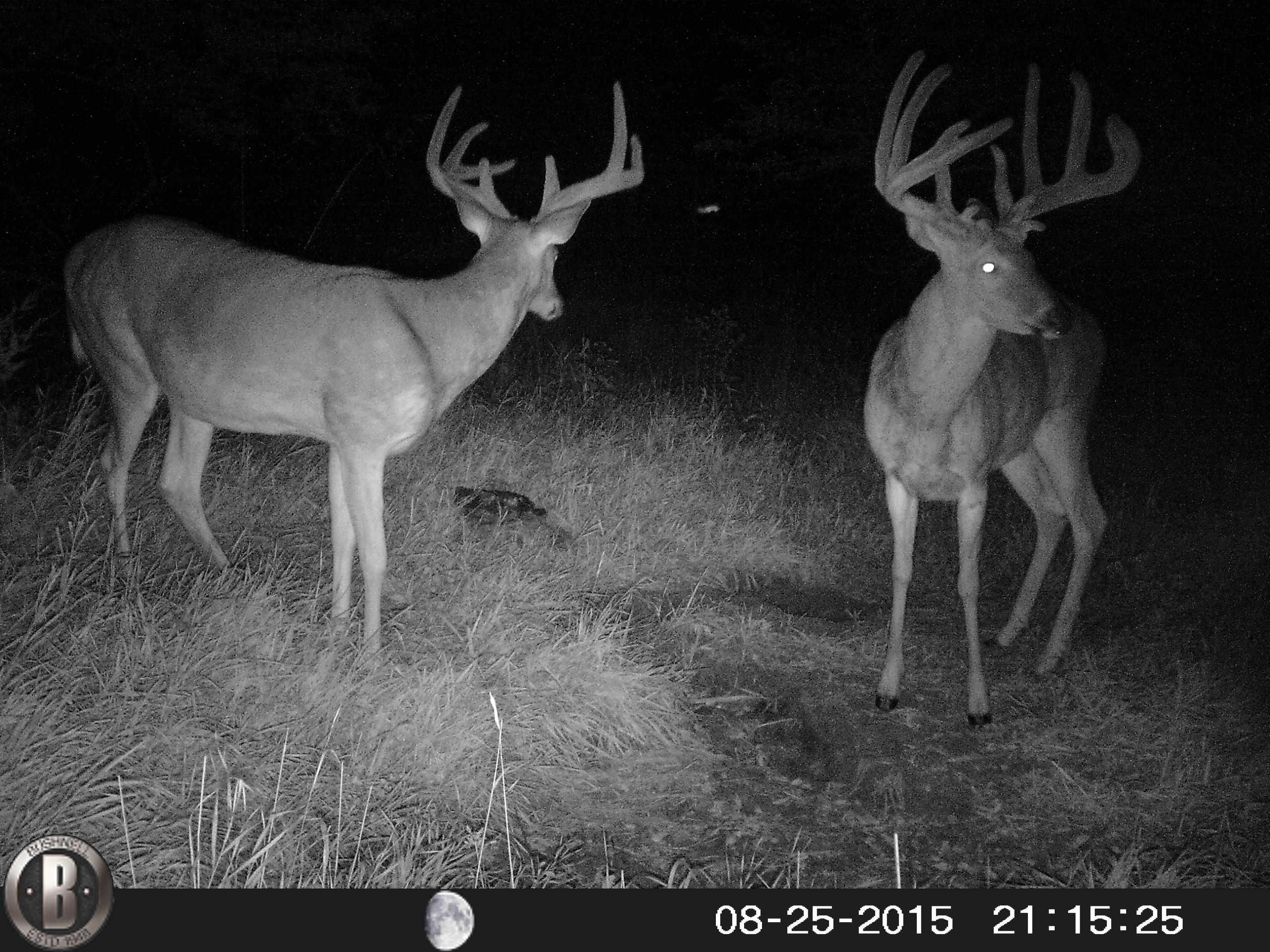 Wow – that’s a great buck! Thank you for sending pictures of the buck broadside to the camera and from both 2014 and 2015!

In the pictures from 2015 the buck appears to have a swayed back and pot belly.  His shoulder and ham are well developed.  His neck merges with his chest very close to his brisket and his chest sags below where his leg meets his shoulder. His antler bases are larger than the diameter of his eyes.  This buck has all the indicators of a four year old or older buck.  He’d certainly be on my wish list!