I’m a long time viewer of your weekly series, and I must say that I’m very impressed with you and your team. Much more entertaining than watching the Outdoor Channel without a doubt. Very informative stuff!!

One thing that impresses me the most is your ability to guess the age of a deer…especially if you see the deer for the first time from a stand. I have some trail cam pics of two great deer in my opinion on one of my properties. One of them is a thick mainframe 12 with split brows and awesome kickers. The other is an awesome non-typical with 2 drop tines. I’ve really been trying to “guesstimate” their age prior to opening bow season and have tried to pick the best pictures for you to study. In my estimation, I believe the 12 is 4.5 yrs old and the drop is 3.5 yrs old. Can you provide some feedback to your thoughts? Thanks so much!! 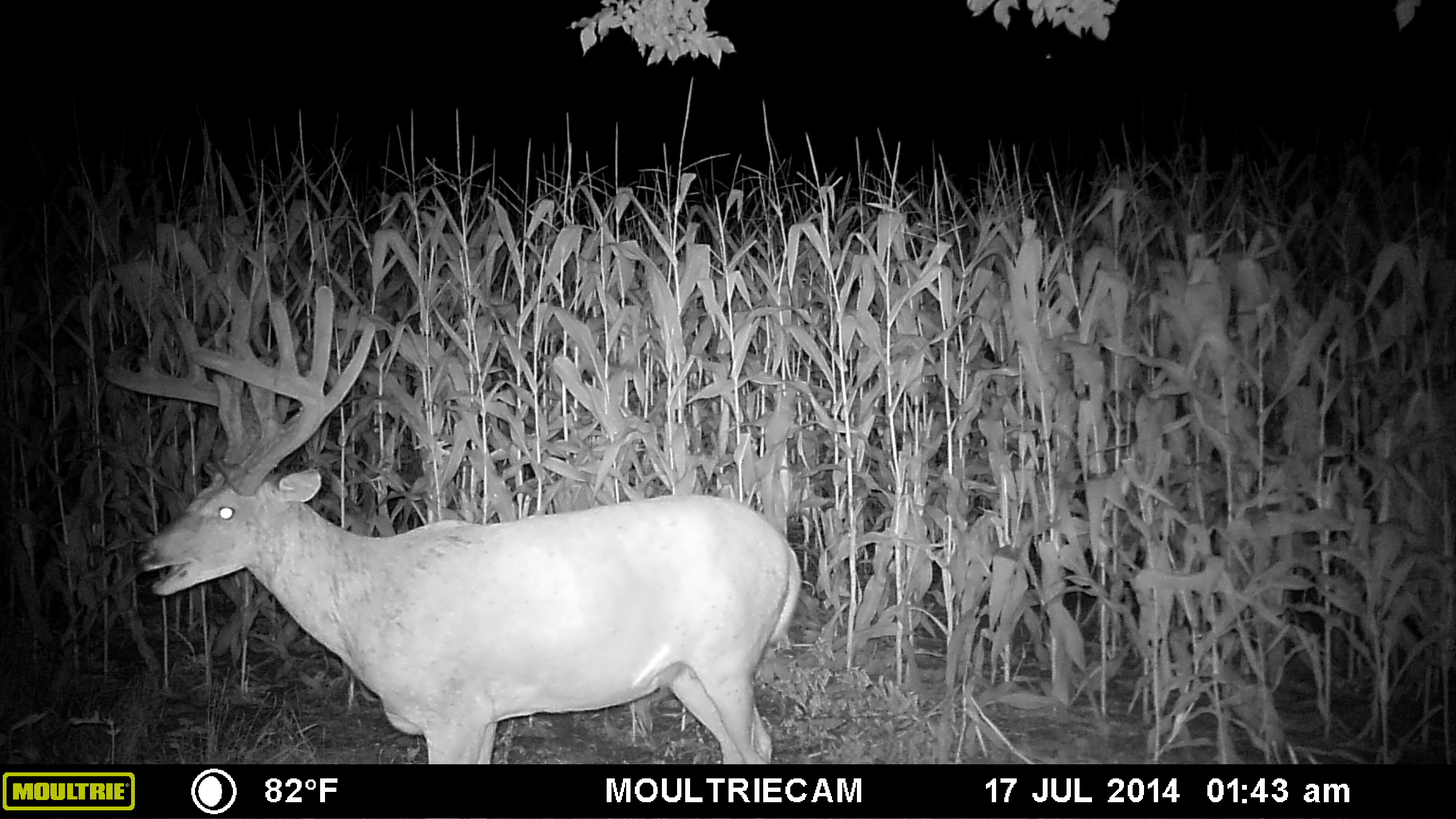 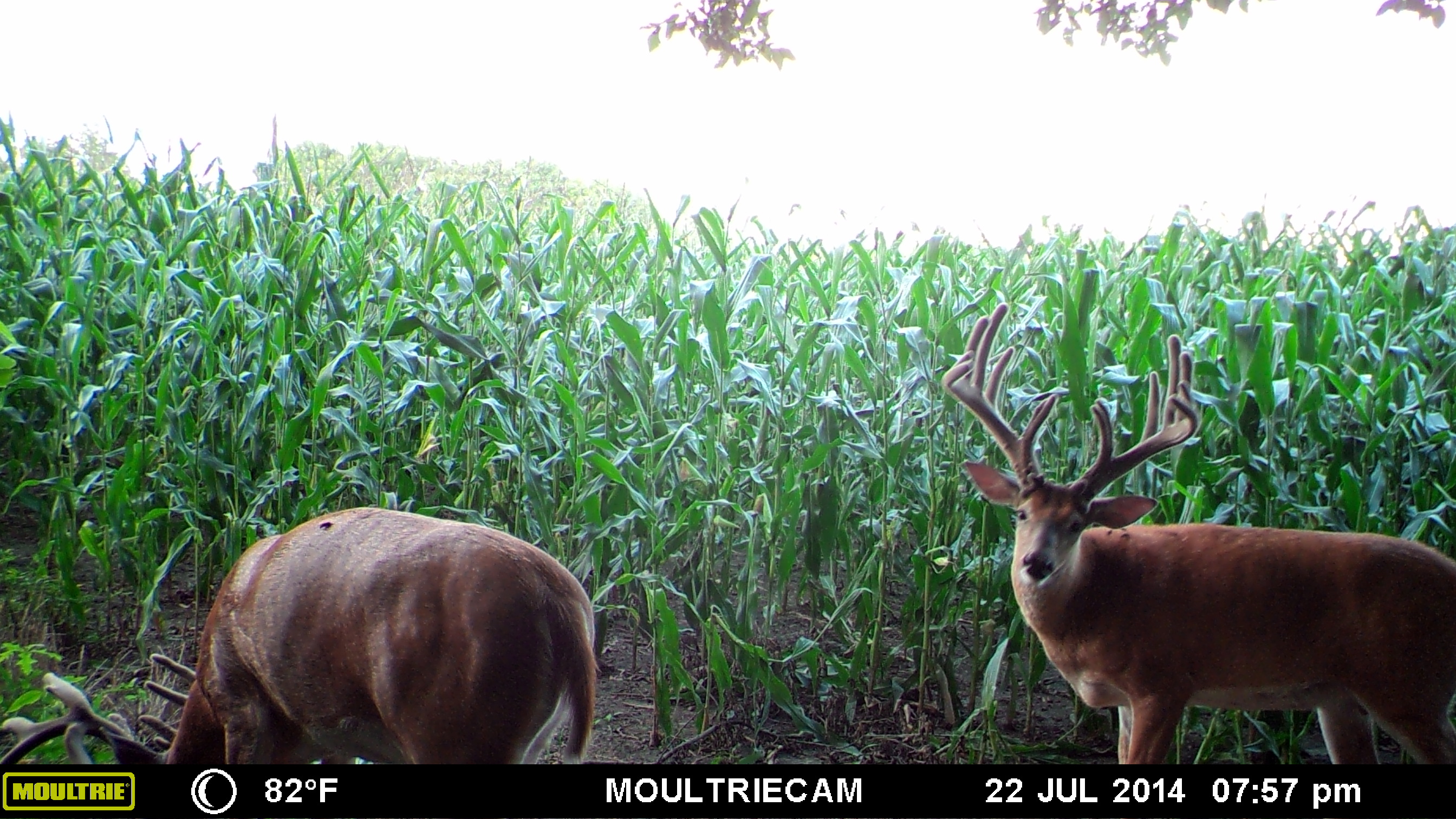 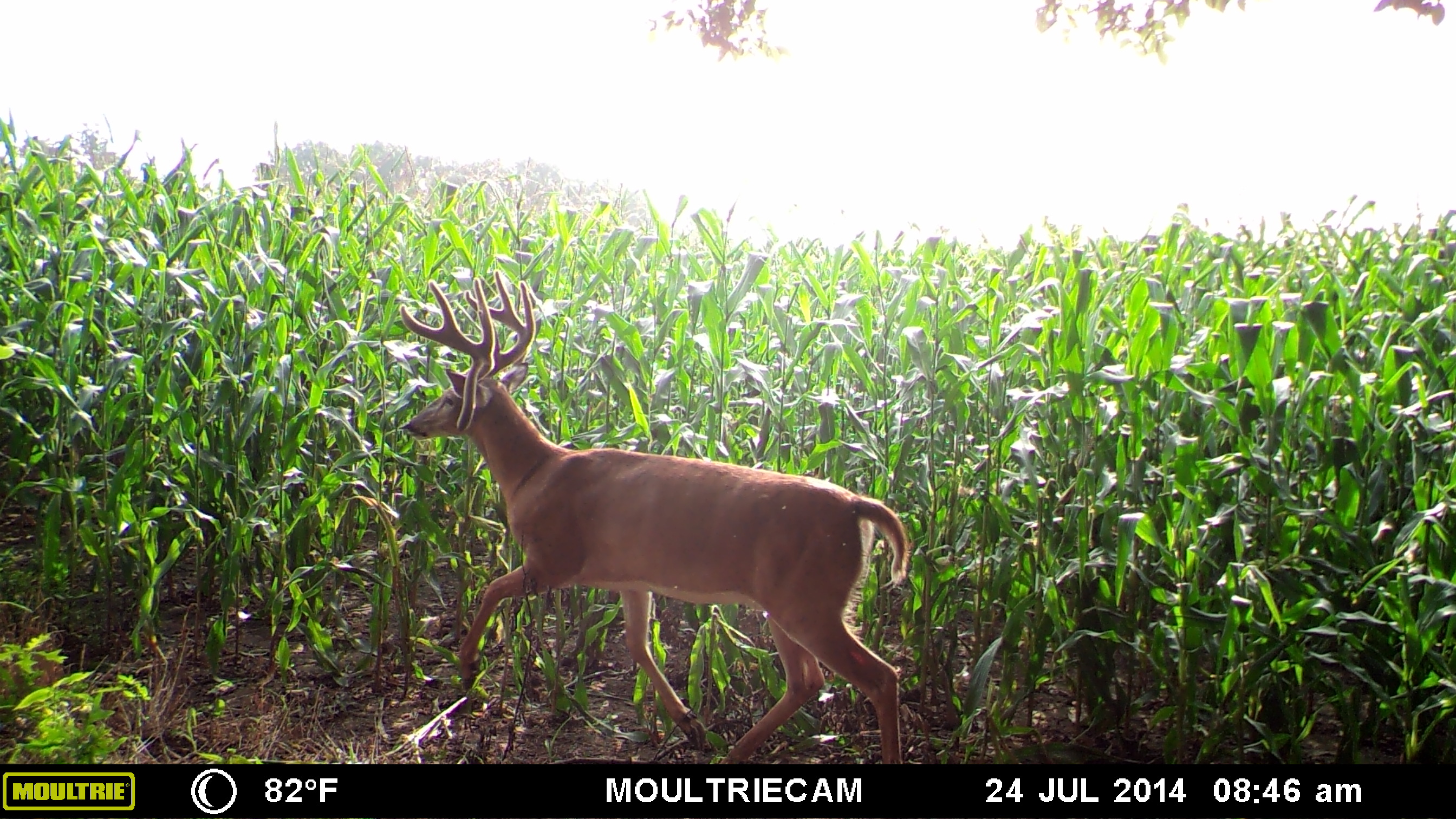 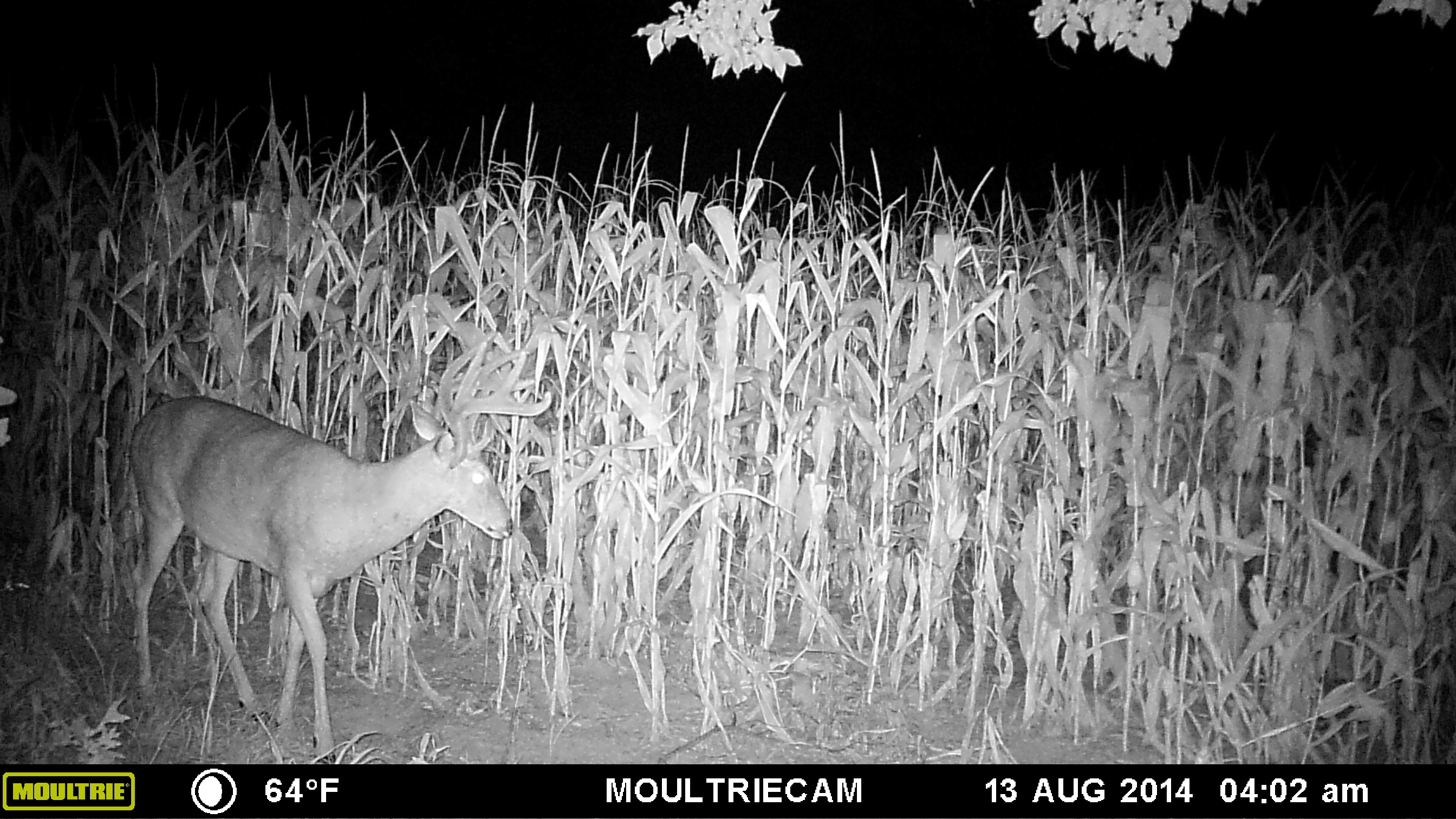 Thank you for sharing the kind words and for watching GrowingDeer!

Those are both great bucks!  The mainframe 12 appears to have a straight back (at least in the 2nd picture) and his chest doesn’t sag below where his legs meets his shoulders.  His shoulders are not more developed than his hams.  His neck merges with his chest well above his brisket.  I estimate this buck is three or four and I’m leaning toward estimating he’s three.  You may be able to refine this more when he’s closer to shedding his velvet.

The buck with the droptine certainly appears a year younger than the mainframe 12.  HIs back is very straight and his hams and shoulders are much less developed compared to the mainframe 12.  I estimate he’s two or three and I’m leaning toward two years old.  If you cover his (impressive) antlers his body appears like a very large doe. That’s typically a good indicator of a two year old buck.

Both are great bucks!