These past few months have been very difficult for the Woods family. Last week was the most difficult of all as we said good bye to Grant’s father, Glen Woods. Glen, “Pops”, hunted with the GrowingDeer Team and became a familiar face to viewers of GrowingDeer videos. 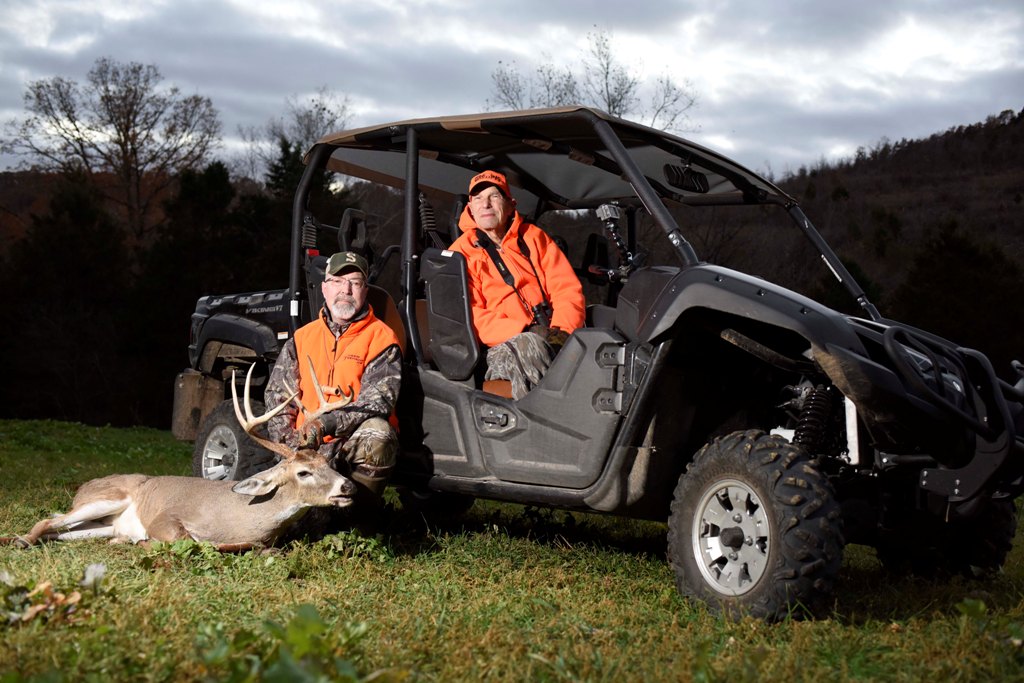 Glen loved fishing and hunting. He passed on that love of hunting to Grant. He was a patient father, taking Grant out to hunt as a young boy. When Grant developed an interest in turkey hunting, Glen rose early to take Grant to the turkey woods even though he himself did not hunt turkey at that time. He waited at the truck while his “boy” chased turkeys around the Ozark hills and hollers. Grant was blessed to have his father as his best friend and best hunting buddy. Hunting and fishing kept them together with time to talk in the truck driving to hunts, in the hunting blind or fishing boat. These are memories Grant will treasure.

Many folks have written expressing their condolences which we very much appreciate. One dear friend shared a wonderful note of encouragement with Grant. His insightful words were so comforting that it is an honor to share part of them here:

I can still remember the first time I met your father. We were doing a prescribed burn on your farm (what is now known as The Proving Grounds) and he was in charge of being on the lookout for fire crossing the line.  There’s an old saying that I hear a lot, that you can tell a lot about a person by their handshake. This certainly holds true in your father’s case. When I shook his hand, it immediately told me a story about your father that was also verified by so many people at today’s service. His strong grip could have easily crushed my hand even in his 70s-80s. The rough skin told me that he had spent a lot of long days doing manual labor and probably spent very few days behind a desk. This told me immediately that your father was a hard worker and that I had my work cut out for me that day and that I was going to be giving my full 100% just to keep up with him. Hopefully I didn’t let him or you down.

That first time I met Glen his eyes also told me a story. I am sure that at his age there was a lot to be frustrated, grumpy or to complain about, but his eyes always told me that he was happy. I am sure that in his 87 years of living that there were probably a few frowns, but every time I ever saw him, his eyes told me that he was the happiest man on earth. Another thing that I saw was his love and respect for his children, especially you, Grant. I never had the privilege to spend much time around your sisters, but could tell that his family was perfect in his mind. He didn’t have to say much, just the simple words “Thank you, son.” and the way he said them told me that his love for you and your family was endless.

Your father always had a pair of binoculars either around his neck or within arm’s reach. It’s as if he was afraid that at any moment some part of God’s Creation might in fact try and sneak by without him noticing it. I doubt that even the sneakiest bobcat was ever able to get by without your father seeing it, and sure wouldn’t have gotten by if he had decided to take a shot at it! What an amazing shot he was…

Our friend really captured the essence of Glen in his note.  He really “saw” Glen.  We appreciate his sharing the impressions Glen made:  to be remembered well by friends and family is a blessing and an indicator of a life well lived.

Additionally, for those readers that are interested, here is Glen Woods’ obituary.

Glen Woods died peacefully on February 15, 2018, at the age of 87 in Springfield, Missouri.

Glen was born on October 18, 1930, in Springfield, Missouri, to Noah and Ola Elizabeth Woods. He accepted Jesus as his Savior as a young boy and followed Him all his life. In 1949 Glen married Jean Kirk. They were married for 68 years. During his lifetime, he was blessed with three children, four grandchildren and three great-grandchildren.

Glen started learning the construction business at a very early age. At first, he was a plasterer and then started building homes in Springfield and Republic and the surrounding area.  He worked on large construction projects in several states. He was an honest and skilled contractor teaching the building trade and life skills to many young men throughout his career.

When not working, Glen loved to go fishing and hunting. His other hobby was raising a garden and sharing his produce. Good tomatoes and cantaloupes and watermelons were his specialties! He and Jean also owned a farm at Republic where they raised sweet corn, green beans and all kinds of vegetables. Somehow, they also found time to raise cattle, hogs, and alfalfa hay.

Life was busy for Glen and Jean as they travelled to many of the fifty states either for fun or so Glen could lead a construction crew building a new mall, hospital or business building.

Services for Glen were held on Monday, February 19 in Springfield, MO.

Thank you for keeping our family and the GrowingDeer Team in your prayers. We appreciate them more than you will ever know.

In closing, we would like to encourage you to spend time with your loved ones, take them out and enjoy His Creation.